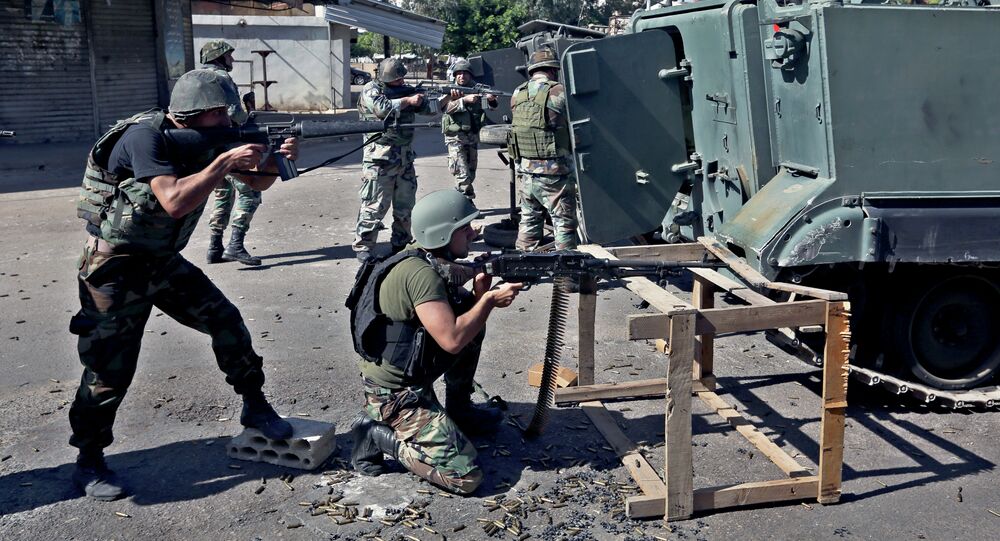 The Islamic State has offered Lebanon a deal to free four Lebanese servicemen in exchange for three jihadi women held in Lebanese prisons and accused of terrorism.

Four Lebanese soldiers and a policeman were abducted during joint raids in August on the IS and another jihadi group, the al-Nusra Front, on the Lebanese town of Arsal bordering Syria, Naharnet said, citing the servicemen's relatives.

© Sputnik / Andrey Stenin
Syrian Refugees Under Fire in Lebanon in Revenge Attack
Two of the three women the IS wants freed are accused of being involved in terrorism, while the third has not faced charges yet, according to the news outlet.

IS called the proposed deal a "goodwill gesture" to a respected Lebanese Druze community leader Walid Jumblat Lebanon, according to Naharnet. The jihadists have threatened to kill its remaining Lebanese hostages if the women are not released.

IS militants, who have proclaimed a caliphate across its occupied territories in Iraq and Syria, are also threatening Lebanon's border areas. Some 25 Lebanese servicemen reportedly remain in IS and al-Nusra Front captivity since the August clashes. The extremists have already killed four hostages, Lebanese media said.

Families of the captured servicemen were protesting in central Beirut for two months demanding that the Lebanese government take action to free the hostages.