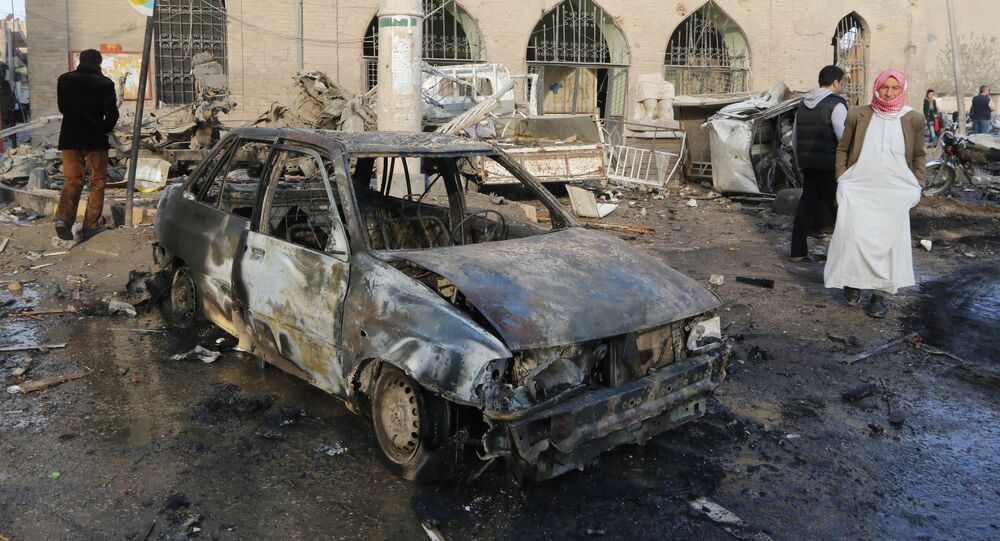 Director of the UN Office for the Coordination of Humanitarian Affairs stated that Aid requests for the conflict-torn Syria amount to half of the $16.4 billion international humanitarian agencies are planning to spend worldwide in 2015.

© REUTERS / Shawky Haj
UN Security Council Votes to Extend Cross-Border Aid Delivery to Syria
GENEVA, December 24 (Sputnik) — Aid requests for the conflict-torn Syria and refugees who fled to nearby countries amount to half of the $16.4 billion international humanitarian agencies are planning to spend worldwide in 2015, the director of the UN Office for the Coordination of Humanitarian Affairs (OCHA) Geneva told RIA Novosti on Wednesday.

“If we combine all the [funding] requests needed to aid those who are in need in Syria and the region it will amount to almost one half the funding of all humanitarian goals [UN has] for the beginning of 2015,” Rashid Khalikov said.

Khalikov noted that in 2015, the United Nations plans to allocate $2.9 billion to provide aid to 12.2 million people in Syria and rebuild Syrian infrastructure. Another $5.5 billion is needed for Syrian refugees as their number is projected to increase from the current 3.2 million to 4.27 million by the end of 2015. The funds will also go to the governments of the countries that will be hosting them. “We truly hope that we will be able to gather most of these funds at the international donor conference devoted to the situation in Syria, scheduled for the beginning of the next year,” Khalikov said.

In 2015, the United Nations plans to distribute a total of $16.4 billion to help 57 million people worldwide.

According to Khalikov the hard-to-reach regions of Syria present an additional problem for aid agencies as 40 percent of Syrians that need humanitarian aid live in territories that have fallen under control of the Islamic State or Jabhat al-Nusra. “Of them 212,000 people are practically trapped as they live in the seized regions and parties to the conflict cannot agree the delivery of humanitarian cargo there.”

Syria has been engulfed in an internal conflict since March 2011 with the Syrian Army fighting various insurgent groups, including the Islamic State jihadists. According to the United Nations, the conflict has already claimed 200,000 lives.