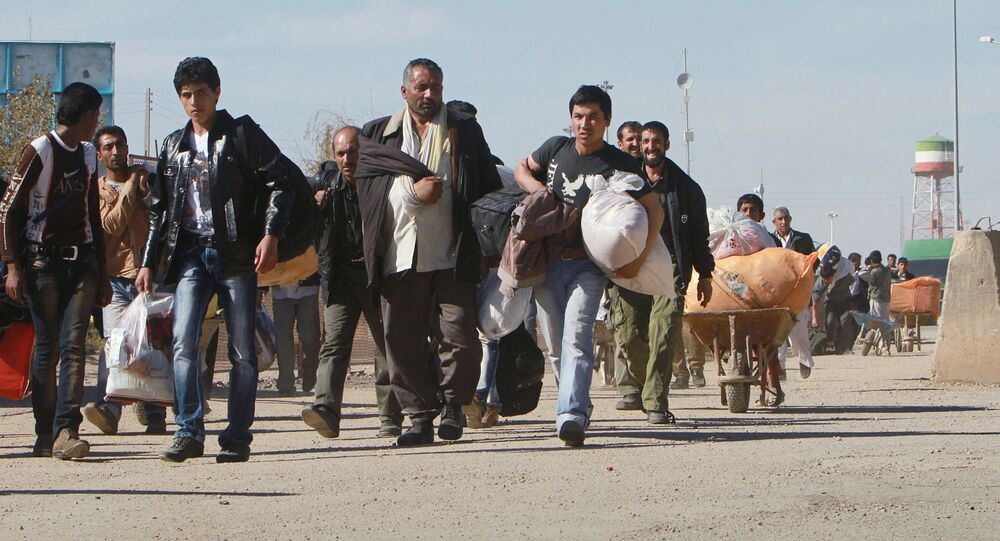 “The visa extension won’t remedy a broken asylum system that routinely results in the detention and deportation of unregistered Afghans without access to refugee status, due process, or an opportunity for legal appeal of their forced removal,” senior Afghanistan researcher at HRW Patricia Gossman, was quoted as saying in the report published on the organization’s website.

The HRW added that Iran has a “virtually non-existent” asylum system leading to only 840,000 of some 3 million Afghan refugees living in Iran with legal status.

© Sputnik
Suspension of UN Food Aid for Syrian Refugees May Escalate Tensions: WFP
"These policies pose a serious risk to Afghan asylum seekers … who have fled – or may flee – armed conflict, persecution, and insecurity in Afghanistan,” the report stated.

On December 13, Iran announced that the country’s government would offer the six month visa extension as a reflection of “brotherly relations” with Afghanistan while the country made plans to reintegrate the 450,000 refugees upon their return, as stated by the HRW. The extended visa would allow the refugees to temporarily work and for the Afghan children to attend Iranian schools.

As violence between Taliban insurgents, local militias and government forces escalates, and with NATO troops preparing to formally end their combat mission in Afghanistan on December 31, the HRW also expressed concern about the increased risk faced by Afghan refugees forced to return.