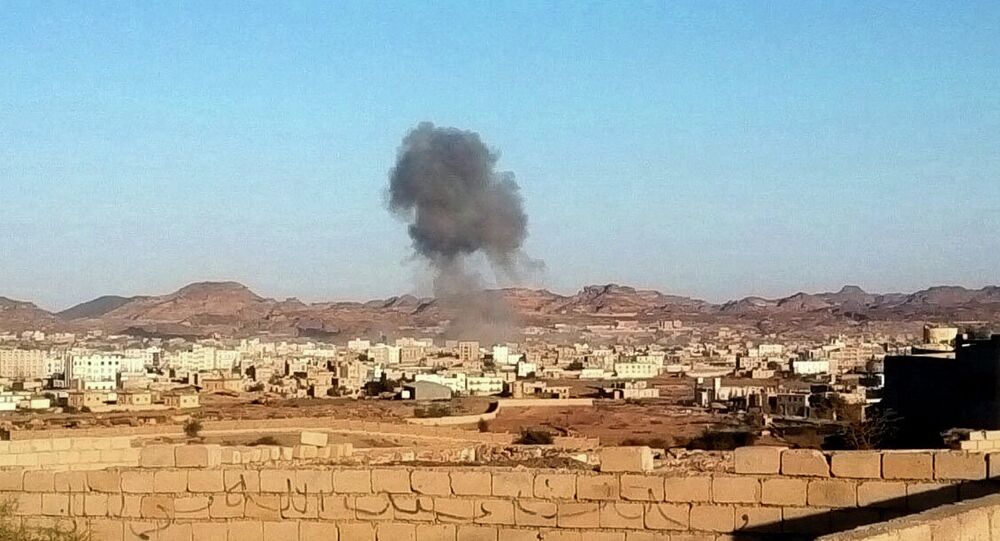 The UN Secretary General condemned the two car bombs explosions in Yemen and expressed his condolences to the families of the victims.

Ban Ki-Moon “strongly condemns the bomb attacks in Radaa in Yemen’s Al Bayda province yesterday, which killed more than 25 people, including at least 15 schoolchildren. The Secretary-General expresses his sympathies and sincere condolences to the families of the victims of these heinous attacks,” the UN statement said.

© REUTERS / Khaled Abdullah
Yemen Houthis Laying Siege to Defense Ministry Building in Sanaa: Source
The United Nations statement added that “there is absolutely no justification for such cowardly terrorist acts that brutally take the lives of innocent civilians, including children.”

After a peaceful regime change in 2011, Yemen has experienced continuous unrest. Despite efforts by the Yemeni authorities, al-Qaeda in the Arabian Peninsula (AQAP) has been persistent in launching attacks in the country’s south.

The city of Radaa in the Al-Baida governorate, which is considered to be an AQAP stronghold, has been the epicenter of fighting between Houthis and AQAP insurgents since October. The conflict has left thousands displaced in the area.