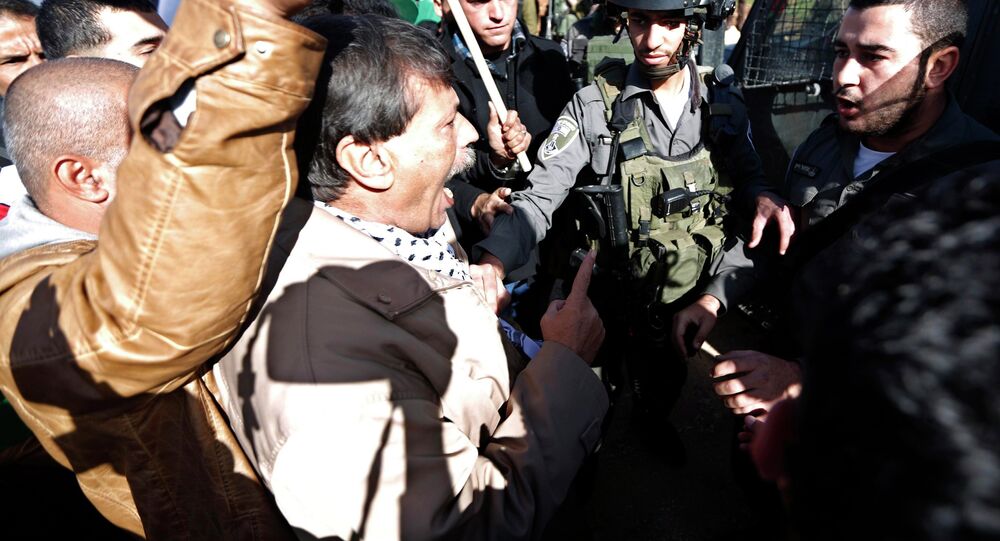 Fatah has not received any Israeli proposal to establish a joint investigation team to examine the death of Ziad Abu Ein, the party's spokesperson states. The head of the Palestinian Authority committee against the separation wall and settlements died after a clash with Israeli police.

Earlier in the day, the Israeli Defense Forces (IDF) announced that they had submitted a proposal to the Palestinians to establish a joint investigation team to review the incident.

According to the IDF, Israeli Maj. Gen. Yoav Mordechai, who coordinates government activities in the territories, and his Palestinian counterpart agreed to an Israeli pathologist joining a delegation of pathologists from Jordan, for a joint examination into the circumstances surrounding Ziad Abu Ein's death.

But Az-Zarir told Sputnik that Palestinian pathologists had already performed an autopsy at a Palestinian forensic hospital. The Fatah spokesperson referred to the minister's death as “premeditated murder." “Abu Ein did not have any health problems, his health was sound," Az-Zarir claimed.

Ziad Abu Ein, the head of the Palestinian Authority committee against the separation wall and settlements, died after being attacked by Israeli police who were cracking down on a group of protesters near the Jewish settlement of Shilo as they tried to plant olive trees on a patch of land they feared would be shortly annexed.