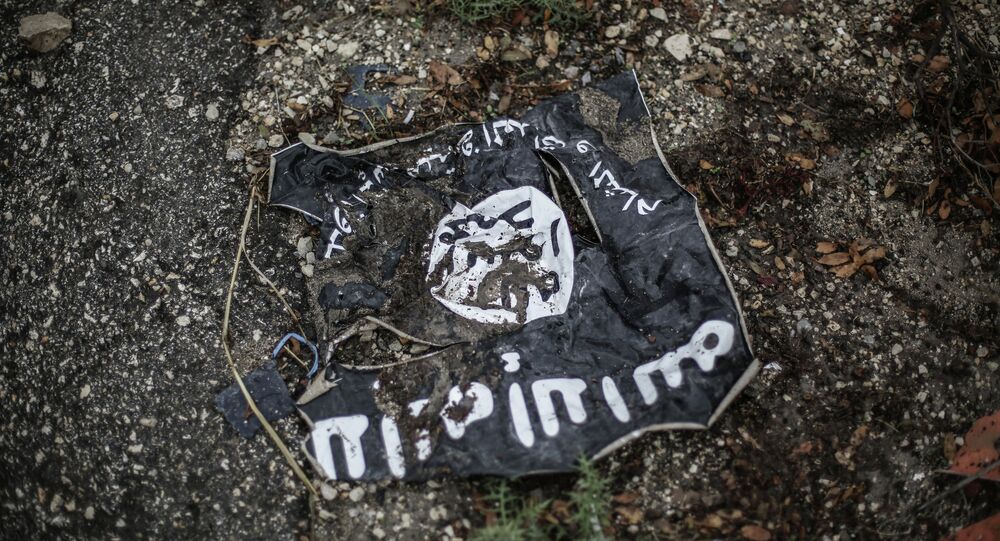 After two weeks of insults and beatings, a young Kurd from eastern Syria was allowed to go home, and told Radio Sputnik about his life in captivity.

East News/ AP
Islamic State Kills Over 700 Kurds in Iraq
MOSCOW, December 10 (Sputnik) — Ashraf Mgo was taken captive in late February, when Islamic State (IS) militants launched an attack on the village of Tel Maruf, located south of the town of Qamishli in Syrian Kurdistan. The village was guarded by the People's Protection Units, the national army of Syrian Kurdistan, also known as YPG. A total of 15 Tel Maruf locals were captured, but only 13 of them, including Mgo, managed to return to their loved ones.

The conflict between Syrian Kurds and Islamic militants began in July 2013, when Kurdish forces took over the city of Ras al-Ayn near the Turkish border. Currently Syrian Kurdistan is de facto an autonomous region opposing both government forces and Islamic State militants.

© AP Photo / Uncredited/Militant Website
Islamic State Publicly Executes Man for Blasphemy in Syria
"That night (between February 25 and February 26 of 2014), shooting was heard near Tel Maruf,” Ashraf Mgo narrates. “We could not sleep. At dawn, Islamic State militants attacked our village, which was being protected by a small group of the People's Protection Units. They were forced to retreat because the number of attackers considerably exceeded the number of defenders."

"Gunmen broke the doors and burst into the houses," Ashrad Mho continues, "ordering all those present to go to the square. There are more than 500 homes in the village. They looted all the houses and stole all the cars. They blew up the mosque and the tomb of our holy sheikh Haznavi. 15 men, including me, were blindfolded and taken to the village of Tal Khamis. All the way we were beaten and insulted. In the next three days, all of us were kept in a very dirty room with 4 square meters in area. Every day, the terrorists issued threats, promising to behead us."

Prior to that IS had released several online videos, promoting radical Islam and the beheadings of several captured hostages, including American-Israeli journalist Steven Sotloff, and two British aid workers, David Haines and Alan Henning. Fortunately, Ashraf Mgo escaped this fate.

© Sputnik / Andrey Stenin
Indian Islamic State Recruit Confesses Suicide Bombing Attempts in Syria
"Three days later, we were thrown into a car and driven away. All the way, they threatened to kill us soon and they ordered us to pray before our death. At each checkpoint, they hailed their comrades-in-arms with the Allahu Akbar greeting and proceeded only after they were given the same greeting in response," Ashraf Mho added. "Finally we were brought to the Hol district, where we were put behind bars in the Sheddad prison. We were again told to pray before our death. There was a supporter of the Syrian regime in our prison. He was arrested, and he never came back. Shortly after, we were told that he was executed. After that, the thought of imminent death did not leave us for a minute."

"Most fighters that we saw were foreigners, including those from Tunisia, Morocco, Libya and Egypt. On the fifteenth day of our captivity, thirteen people, including me, were lucky to be released by the militants, who said that they failed to confirm our being members of any of the Kurdish militias. But one young guy and an older man from our village remained in their hands," Ashraf Mgo said.