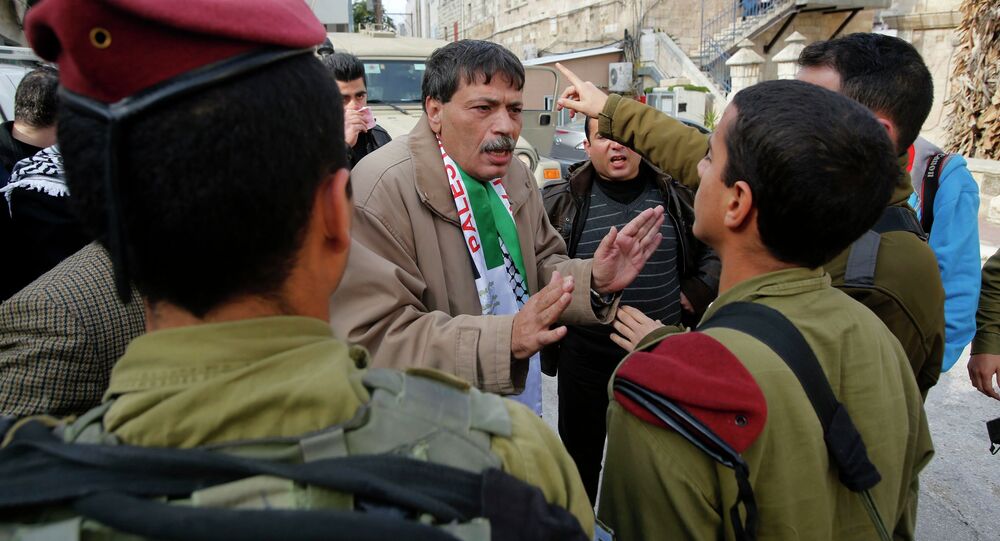 Reportedly, an Israeli soldier hit Ziad Abu Ein on the chest with a helmet, the official also suffered severe tear gas inhalation. Later, the head of the Palestinian Authority committee against the separation wall and settlements died at a Ramallah hospital.

Ziad Abu Ein, head of the Palestinian Authority committee against the separation wall and settlements, died at a Ramallah hospital after Palestinian protesters and Israeli military clashed during a demonstration, the source said.

According to the local Ma'an news agency, Abu Ein died after an Israeli soldier hit him on the chest with a helmet. The official also suffered "severe tear gas inhalation", the agency said, citing a spokesperson for the Palestinian Authority's settlement committee.

“We tried to go and plant olive tree saplings today when the soldiers attacked us,” said Abdallah AbuRahme, of the Popular Struggle Coordination Committee (PSCC). “The soldiers pushed Abu Ein; he was injured and fell to the ground. He is an older man who had various health conditions, and he died as a result of the blows he sustained,” as reported by Israeli 972 Mag.

Activists were planting olive trees by the illegal settlement of Adei Ad when the soldiers attacked them and fired large amounts of tear gas at the group, reports Al —Jazeera.

Palestinian Authority President Mahmoud Abbas condemned the incident, labeling it "barbaric", and stated that the assault is to be investigated, local media reported.