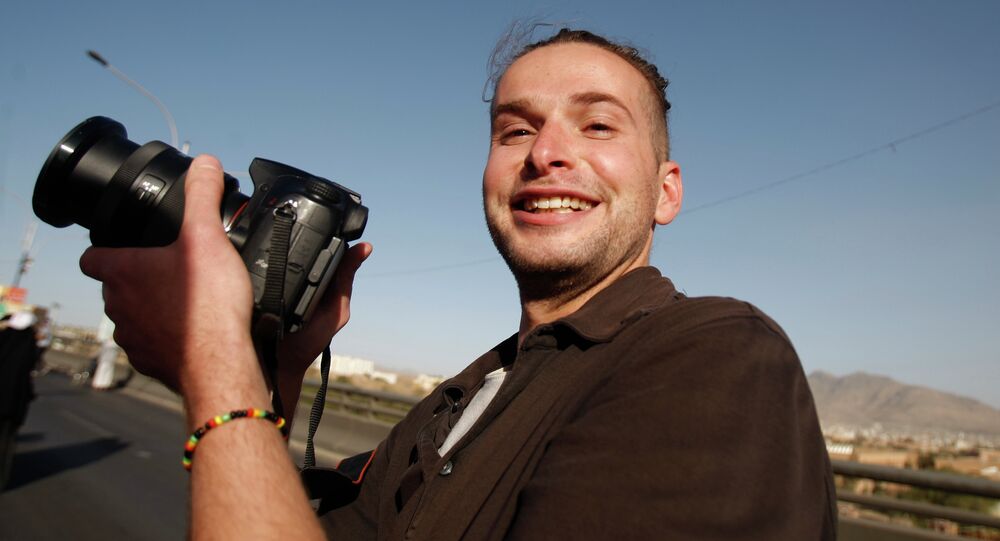 A 33-year-old American photojournalist, held hostage by Al Qaeda in Yemen, has been killed in a failed US rescue operation.

The agency said that she has learned of her brother’s death from FBI agents.

© AP Photo / Susan Walsh
White House Refuses to Reveal Details of Hostage Rescue Operation in Yemen
New York Times reports however suggested that that the journalist was apparently shot by his captors as the raid unfolded and was already badly wounded when the commandos reached him. By the time Somers had been flown to a United States naval ship in the region, he was already dead from his injuries, the newspaper quoted an unnamed official as saying.

Al Jazeera also quoted the Yemeni officials as saying that Somers was taken away by air after a joint US-Yemen operation on Saturday, but they did not know if he was dead or alive.

The editor-in-chief of the Yemen Post has confirmed to Al Jazeera that Somers was no longer with Al Qaeda.

US State Department said in a statement it was "aware of conflicting reports but cannot comment at this time. We expect to be releasing a statement in the next few hours".

According to AP, Yemen’s local Al Qaeda branch, Al Qaeda in the Arabian Peninsula, posted a video Thursday showing Somers and threatening to kill him in three days if the United States didn’t meet the group’s demands, which weren’t specified.

Failing to meet the demands will end up with the hostage meeting his inevitable fate, the video said.

Somers had been held captive since last year after being snatched from the streets of Yemeni capital Sanaa.

US Rescued Hostages in Yemen, Failed to Free US Citizen: Pentagon