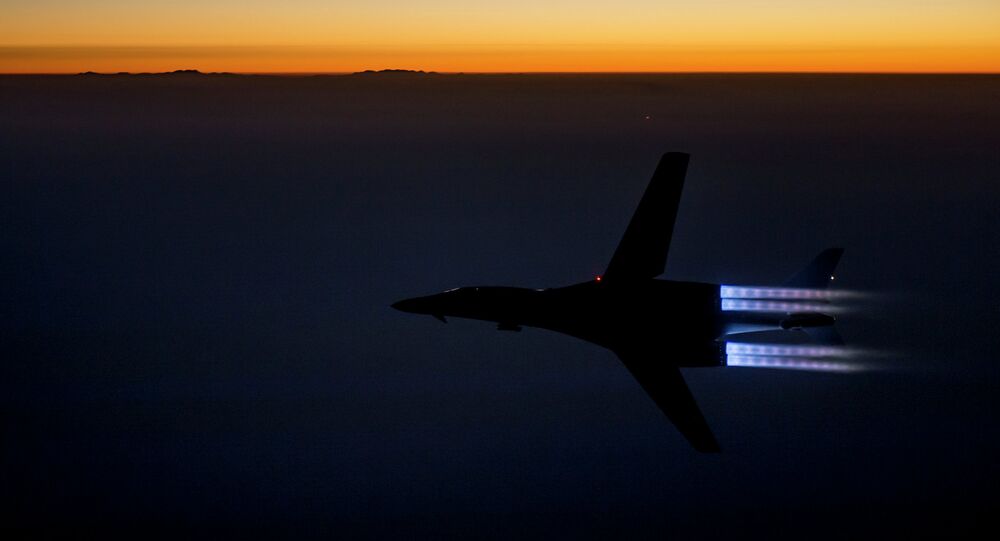 The Islamic State launched an attack against an important Syrian military air base, as it serves a major hub for warplanes that Syrian army uses to combat the militants.

© Sputnik / Andrei Stenin
300,000 Killed Since Start of Civil War in Syria: Human Rights Observatory
According to the Local Coordination Committees activist collective, which relies on a network of activists on the ground and the Britain-based Syrian Observatory for Human Rights, the fighting is for the airfield, which is located just outside of the city of Deir Ezzor on the Euphrates River. According to the report almost the entire surrounding province is under IS control.

The airfield is a main military facility for the Syrian government, giving army warplanes a hub from which to attack IS-held cities and towns across much of eastern Syria. Seizing the airport would significantly reduce the army's presence in the area and provide a major morale and propaganda boost for the Islamic State, which has seen a string of setbacks in recent weeks, as reported by AP.

The Observatory said Thursday that at least 19 government troops have been killed in the combat, with a suicide bombing on a Syrian military position near the air base. It also reported that seven IS fighters have been killed.

"They are trying to take the airport," said Observatory director Rami Abdurrahman. "This is a bigger attack from IS."

© AP Photo / Uncredited/Militant Website
Islamic State 'Product' of US CIA: Iran Senior Military Official
The fight against the Islamic State began as a major regional and international crisis after the militants seized control of much of northern and western Iraq this summer, adding to the territory they already controlled in Syria. In July, the group declared the establishment of a preliminary state ruled by a radical interpretation of Islamic law, naming IS chief Abu Bakr al-Baghdadi their leader, reports AP.
...
Reddit
Google+
Blogger
Pinterest
StumbleUpon
Telegram
WhatsApp
34