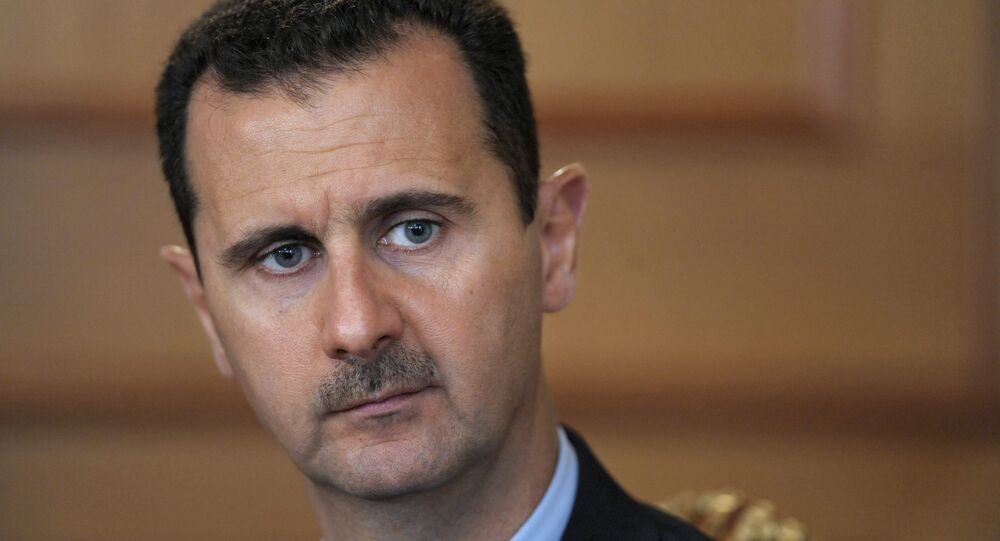 Syrian President Assad believes that the US-led coalition airstrikes are not efficient in fight against the Islamic State militant group.

"You can’t end terrorism with aerial strikes. Troops on the ground that know the land and can react are essential. That is why there haven’t been any tangible results in the two months of strikes led by the coalition," Assad said in an interview with the French Paris Match newspaper published on Wednesday.

© REUTERS / Nour Fourat
50 Civilians Killed by Coalition Airstrikes Against IS in Syria: UN
"It isn’t true that the strikes are helpful. They would of course have helped had they been serious and efficient," the president added, noting that Syrian troops engaging in ground battles against the militants have noticed no change.

Islamic State jihadists have been fighting the Syrian government since 2012. In June 2014, the group extended its attacks to northern and western Iraq, declaring a caliphate on the territories that had fallen under its control.

The United States and its allies started launching airstrikes against IS positions in Iraq in August. In September, the airstrikes were extended to include the group's positions in Syria.