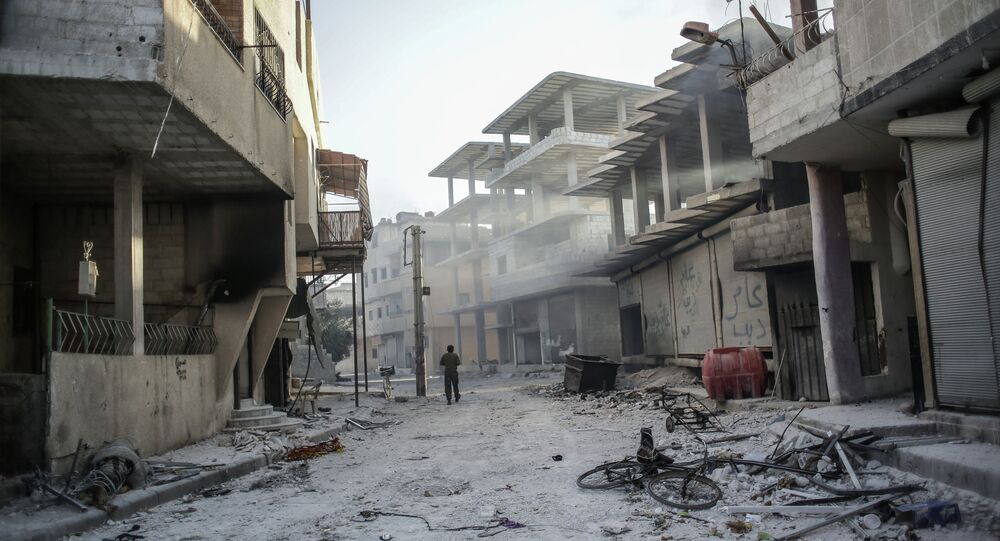 The casualties include 63,072 civilians, 44,237 Syrian Army soldiers and officers, 34,838 rebel fighters and 22,624 militants from the Islamic State (IS), al-Nusra Front and other radical groups.

© Sputnik / Andrey Stenin
Over 16,000 Foreign Fighters Take Part in Syrian Conflict: Dep't of State
MOSCOW, December 3 (Sputnik) — The Syrian Observatory for Human Rights said it has registered almost 300,000 deaths since the beginning of the Syrian civil war in 2011 with the real number of casualties likely to be much higher.

"The Syrian Observatory for Human Rights has documented death of nearly 300000 persons since 18/03/2011, which witnessed the fall of the first martyr in Daraa, until 12/01/2014," the organization said on its website Tuesday, adding that the real number is likely to be about 80,000 more than the documented figures "due to the extreme discretion by all sides on the human losses caused by the conflict and due to the difficulty of communication in Syria."

The numbers do not include thousands of people who disappeared during the armed conflicts and those captured by Islamists.

The organization also said that another 1.5 million people had been wounded, many with permanent disabilities, and that more than half of Syria's 18-million population had been forced to flee their homes.

© AP Photo / Vadim Ghirda
At Least 3 Refugees Killed by Turkey-Placed Landmines on Border With Syria: HRW
"Despite our loss of hope in an international community capable and willing to put an end to the ongoing atrocities in Syria, we in the Syrian Observatory call upon all sides that claim to defend the freedoms of the people and their rights, to take a serious and responsible stance in order to end the bloodshed in Syria amid the increasing violence and the escalating number of casualties," the organization said.