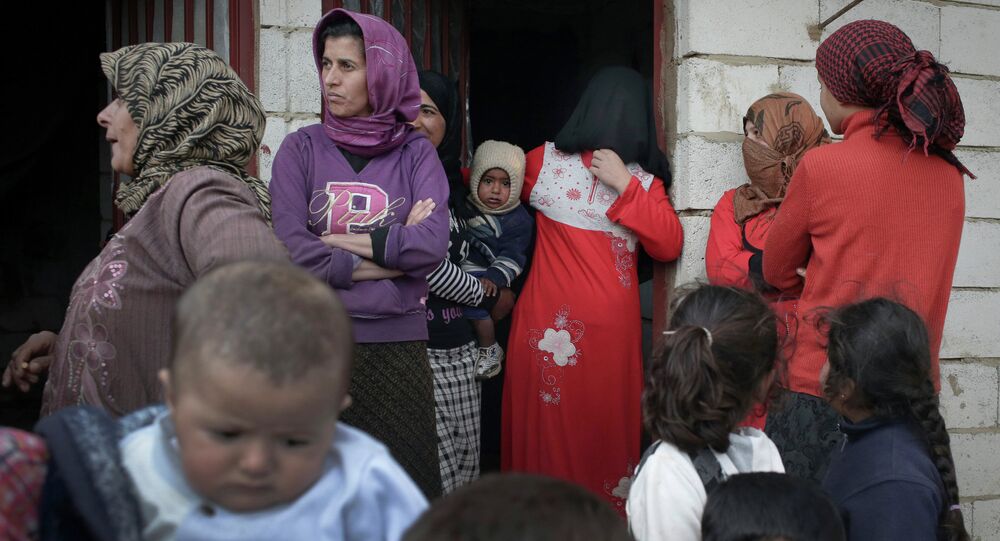 World Food Program had to suspend food assistance for Syrian refugees due to a shortfall of funding as winter approaches.

MOSCOW, December 2 (Sputnik) — The World Food Program has been forced to withdraw humanitarian food support to Syrian refugees due to a shortfall of funding. The program included distribution of food vouchers that the refugees could use to buy food in neighboring countries such as Jordan, Lebanon, Iraq, Turkey and Egypt, reports Independent UK.

But now the WFP has shut down the scheme saying it can only be reopened if a shortfall of $64m (£40m) is erased. There are about 1.7 million Syrian refugees who are now facing food shortages.

According to the UN Refugee Agency data, the number of registered people who have fled the ongoing conflict in Syria has passed three million, as of December 1.

In a statement today the UN’s nutrition committee said the withdrawal of food aid “will be disastrous” for families scattered across the region. The withdrawal of funding comes ahead of winter, and already many children in camps are living barefoot and without proper clothes, reports the Independent UK.

The UN High Commissioner for Refugees, António Guterres, said: “This couldn’t come at a worse time. Winter is already an extremely difficult period for Syrian refugees, but the suspension of food assistance at this critical juncture is going to be devastating. It will impact tens of thousands of vulnerable refugee families who are almost entirely dependent on international aid.”

The UN has openly expressed its exasperation at a lack of donations from wealthier countries in the region. A source said: “It’s a long-running frustration that particularly with these crises in the Middle East; the donors who don’t seem to be coming forward are the Gulf States. They could be contributing more to the international humanitarian system.”

According to the Independent UK, oil-rich states such as the United Arab Emirates and Qatar consistently have given little to humanitarian efforts compared with economies of similar sizes. Last year UAE gave just $50,000 to all of WFP’s projects, less than Swaziland, Peru or Madagascar.

A UN insider has said that despite a conference held in Kuwait at the start of the year, promises have not been kept, as most of the money has not come through.

Since the program was launched, the voucher system has led to the investment of $800 million into the economies of the countries hosting the refugees. Should new funding arrive in December, the WFP will be ready to resume its assistance immediately.