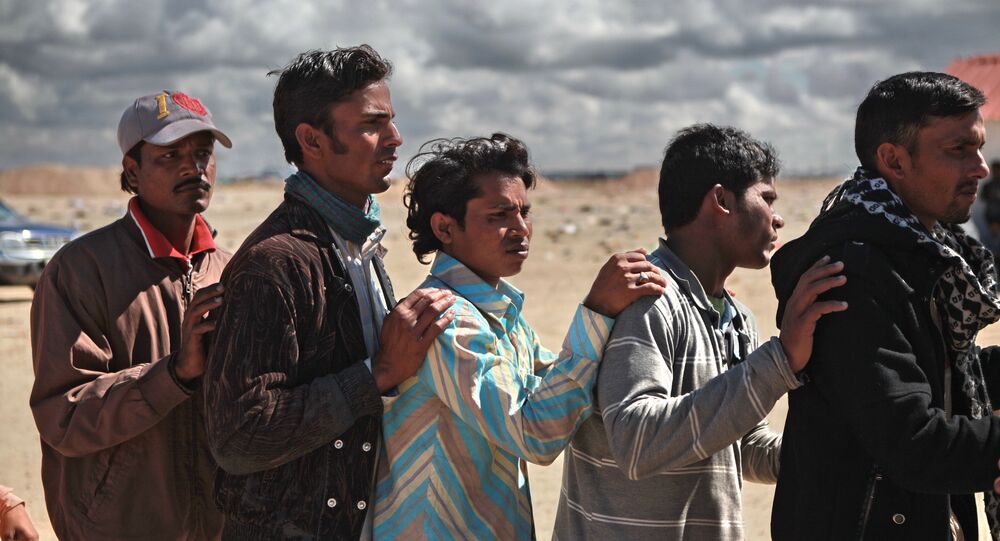 The suspension of the UN World Food Program's food assistance would be "disastrous" for many Syrian displaced families that have found asylum in Jordan, Lebanon, Turkey, Iraq and Egypt, the WFP executive director said Monday.

"A suspension of WFP food assistance will endanger the health and safety of these refugees and will potentially cause further tensions, instability and insecurity in the neighbouring host countries," Ertharin Cousin was quoted as saying on the organization's website.

Cousin pointed out that the refugees would suffer the most, as the suspension of the food assistance would be "disastrous" for many displaced families that have found asylum in Jordan, Lebanon, Turkey, Iraq and Egypt.

On Monday, the WFP said it had to suspend the food assistance program in light of a poor funding. Under the program, some 1.7 million Syrian refugees used special vouchers to buy food in shops in neighboring countries.

Since the program was launched, the voucher system led to the investment of $800 million into the economies of the countries hosting the refugees. Should new funding arrive in December, the WFP is ready to resume its assistance immediately.

Unrest in Syria, which later turned into a civil war, erupted in 2011, with government forces fighting rebels and jihadists, some of which have links to al-Qaeda. Since 2012, the country has been suffering from the advances of the Islamic State extremist group that has seized large parts of the country, forcing many Syrians to flee the region.

According to the UN Refugee Agency data, the number of registered people who have fled Syria amid the ongoing conflict has passed three million, as of December 1.

Arabic Social Media In Europe More Supportive of IS Than in Syria, Iraq