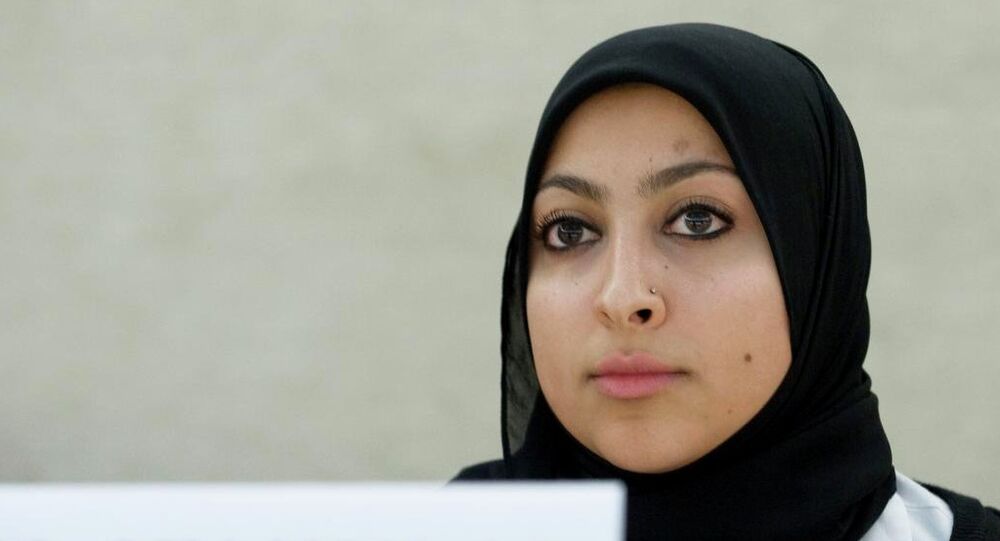 Despite international protests, Bahrain has sentenced the prominent human rights figure to a year in prison. Maryam Khawaja was charged with assaulting police officers after refusing to hand over her phone.

"The Court found Maryam Khawaja guilty of assaulting police officers and sentenced her to one year of imprisonment," the court decree read.

Khawaja is the director of the Beirut-based Gulf Center for Human Rights and daughter of Bahraini human rights activist Abdulhadi Khawaja. She was arrested in Manama on August 30 while travelling from Denmark, where she is also a national, to visit her imprisoned father, and charged with assaulting police officers after refusing to hand over her phone.

© Sputnik / Rafael Daminov
UN Calls On Bahrain to Release Human Rights Activist
According to the Bahrain Center for Human Rights, Khawaja's Danish passport was taken and she was prohibited from using her mobile phone. Khawaja and her lawyer also claimed she was beaten by officers of the law enforcement agencies.

Her arrest has been heavily scrutinized by thousands of human rights activists, who want democratic change in the state.

The Shia human rights activist is one of the many activists targeted by the Sunni-ruled Bahraini government. According to the OHCHR, the kingdom has detained over 15 Shia political activists this year alone.