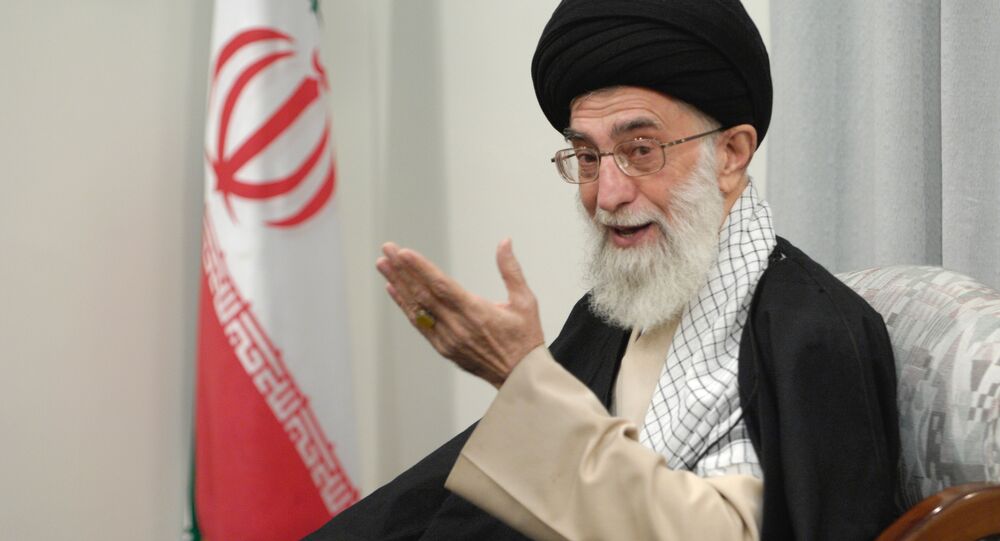 Iran Nuclear Talks: US Hurting Itself More Than Anyone Else, Expert Says
MOSCOW, November 30 (Sputnik) – Ayatollah Ali Khamenei told Iranian navy officials on Sunday to improve their capability for combat, irrespective of political negotiations which may be taking place.

“Given our vast maritime borders and the enemy's huge investments in this area, our armed forces should continuously improve their (combat) readiness, irrespective of political calculations," Iran’s supreme leader told assembled navy chiefs during Iran’s Navy Week, according to Reuters.

On Monday Tehran and Western powers agreed on an extension to talks on the country’s nuclear program, hour before a deadline on negotiations was due to pass. Iran and the five permanent members of the UN Security Council plus Germany have agreed to a seven month extension on negotiations, which sets a deadline of March 1 for a broad agreement, with technicalities to be finalized after another three months.

According to the AP, Khamenei told Iranian state television on Thursday, “I am not opposed to the extension of the talks, for the same reason that I wasn’t opposed to the talks per se,” but complained that Washington presented a difficult negotiating partner: “They raise a word today. The other they withdraw from it, because of domestic problems,” adding that “the US leaders need a big victory” and are beleaguered domestically with Obama’s unpopularity, congressional defeats and race riots in Ferguson, Missouri.

© Flickr / basheem
Russia, Iran Want to Start Making Mutual Payments in National Currencies
Last November Iran and the six world powers agreed on an interim deal, by which Iran agreed to halt progress on its development of nuclear capabilities and to daily monitoring from international nuclear inspectors. In return, some trade sanctions on Iran were lifted and the country received more than $6 bln of its oil revenue, which lies frozen in foreign bank accounts and is estimated to be more than $100 bln.

Since Iran’s nuclear program became public in 2002 Tehran has been under pressure to stop enriching uranium, which it maintains is only intended for civilian use in power generation and medical research, but which the West believes has a military purpose. The US has led sanctions against Iran, followed by the EU, Japan and South Korea.