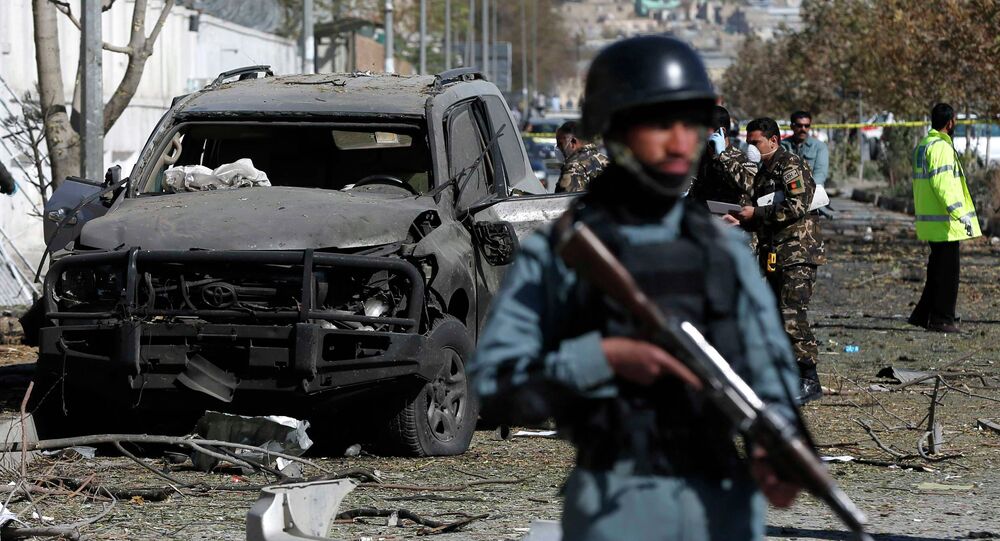 Kabul’s police chief, General Zahir, quit November 30 following a series of Taliban attacks that have rocked the city over the last two weeks, according to NBC News.

© AP Photo / Rahmat Gul
UN Security Council Condemns Attack on UK Embassy Vehicle in Kabul
MOSCOW, November 30 (Sputnik) – He provided no reason for his resignation, according to the general’s spokesman, as cited by the agency. "We can only confirm… he will not continue his job as police chief anymore," the spokesman said.

According to Reuters, three compounds used by foreign organizations were attacked by insurgents during the past 10 days. Two US soldiers, two British embassy workers and a number of local civilians were killed.

The latest attack, which occurred on Saturday and targeted a guest house that belongs to Partnership in Academics and Development, a US-based charity group, claimed the lives of three aid workers staying there and one local. According to the BBC, the aid workers were from South Africa. Taliban representatives claimed that the guest house was attacked because of the charity’s Christian background.

On Friday Taliban militants also mounted an assault against Camp Bastion, one month after British forces vacated the facility and handed it over to local security forces. The attackers managed to breach the perimeter and kill five Afghan soldiers; 26 of the attacking gunmen were killed.

Another attack on Saturday was launched against a military base in Sangin, Helmand province. Twelve Afghan soldiers were killed and one went missing, according to local authorities cited by the BBC.