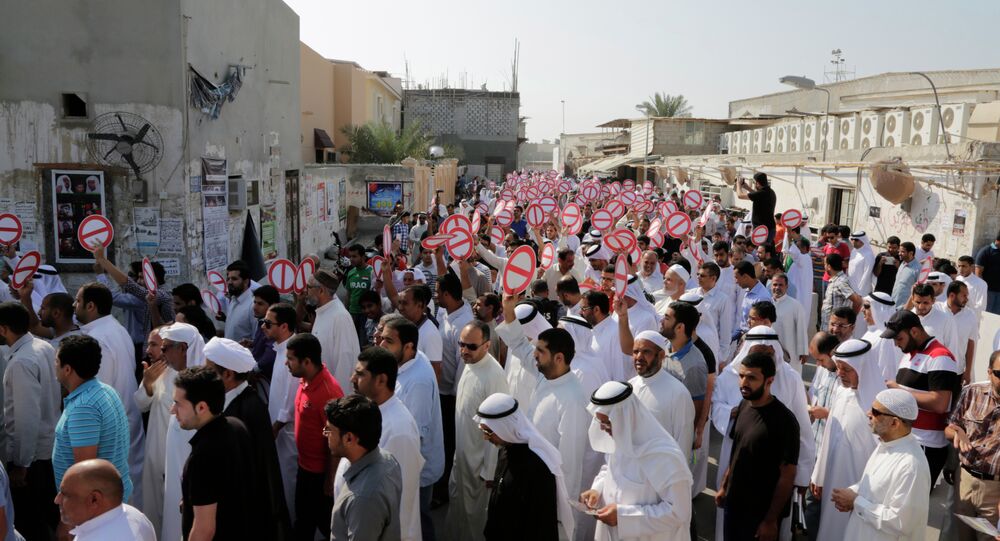 Bahrain is holding elections on Saturday for the first time since Arab Spring protests broke out in 2011; few Shi'ite groups have boycotted the vote.

MOSCOW, November 22 (Sputnik) – Residents of Bahrain are going to the polls on Saturday for their first parliamentary and municipal elections since Arab Spring protests shook the country in 2011, the BBC reported.

Out of 419 candidates, 266 are running for parliamentary seats, while the remaining 153 are competing for municipal council elections, according to Reuters.

The elections are unlikely to resolve the political turmoil in Bahrain. The country is ruled by a Sunni monarchy, while the majority of the population is Shi’ite. Although the country’s political factions were invited to participate in Saturday’s elections, Shi’ite groups have boycotted the vote, Reuters said.

“These elections are destined to fail because the government is incapable of addressing the political crisis,” said Abdul-Jalil Khalil, a member of al-Wefaq, the main opposition in Bahrain that is boycotting the elections, as quoted by the BBC.

Bahrain has been ruled by a Sunni dynasty since 1783. The Shias represent about 70 percent of the country’s population. The Shia opposition groups demand greater rights and a larger say in government. Al-Wefaq has been calling for a constitutional monarchy, with an elected prime minister independent from the royal family, Aljazeera said.