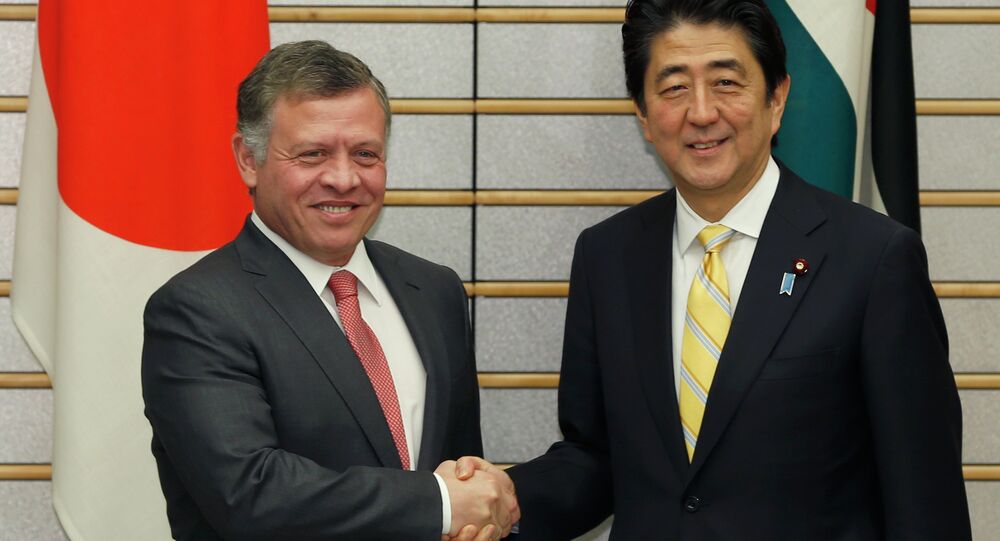 "We will continue to support Jordan as it faces difficult challenges," Abe told King Abdullah II as quoted by Kyodo News.

Jordan is receiving large numbers of refugees fleeing from Syria, where the IS also known as the Islamic State of Iraq and Greater Syria (ISIS) or the Islamic State and the Levant (ISIL), has been waging war against both: Syrian government and various groups of armed opposition.

King Abdullah II arrived in Japan on November 18 for an official visit. Before his meeting with the Japanese Prime Minister, the King talked to a number of other Japan's officials, including President of the Japan International Cooperation Agency (JICA) Akihiko Tanaka, President of Japan External Trade Organization (JERCO), Satoshi Miyamoto and Executive Director of Japan Bank for International Development (JBIC) Koichi Yajima. The aim of the visit is to improve bilateral relations in business and finance, as well as to promote investment basis for prospect ties.