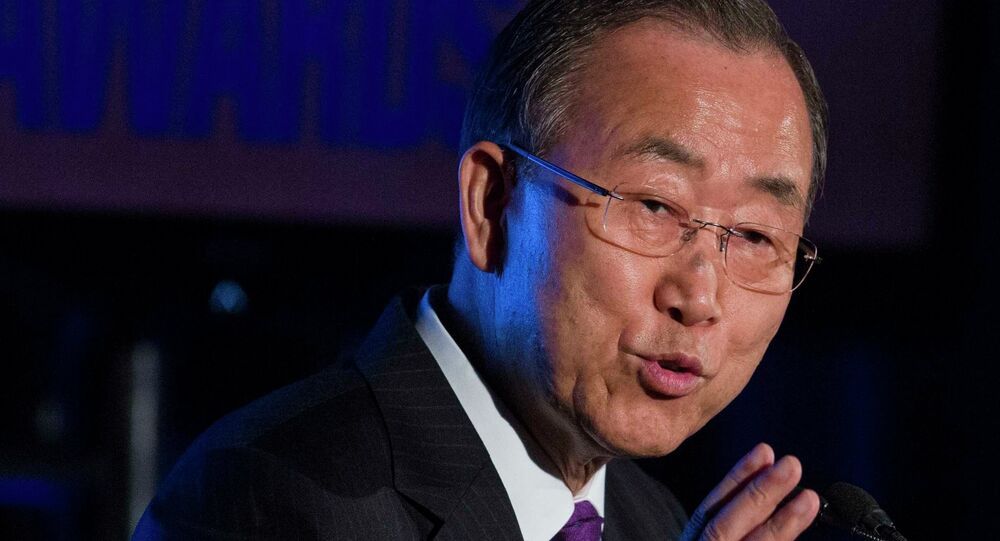 UN Secretary General Ban Ki-moon told the Security Council that the organziation is worried about the growing number of foreign terrorist fighters in Iraq and Syria.

"The number of foreign terrorist fighters in the Syria and Iraq conflicts has grown to over 15,000 from more than 80 countries. In addition, terrorist groups spurred by violent extremist ideologies — such as Da'esh, the Al-Nusra Front, Boko Haram and Al-Shabab — continue to carry out brutal acts and cause profound suffering. Millions live under the control of such groups,” Ban stated.

Da'esh is the Arabic name of Islamic State (IS), which Ban told the Security Council “has been illegally trading in oil.”

In the past two months UN has taken a number of specific measures to combat international terrorism, the Secretary-General said. "First, the Al-Qaeda Monitoring Team provided an oral briefing to the Council's relevant committee on the foreign terrorist fighters threat. This will be followed by a report in March 2015,” Ban stated.

Ban stated that the UN has prepared an analysis of member states' capacity gaps and has established a coordination mechanism. He said that a UN program on foreign terrorist fighters has been initiated to develop inter-agency projects in order to assist member states in their counter-terrorist efforts and measures.