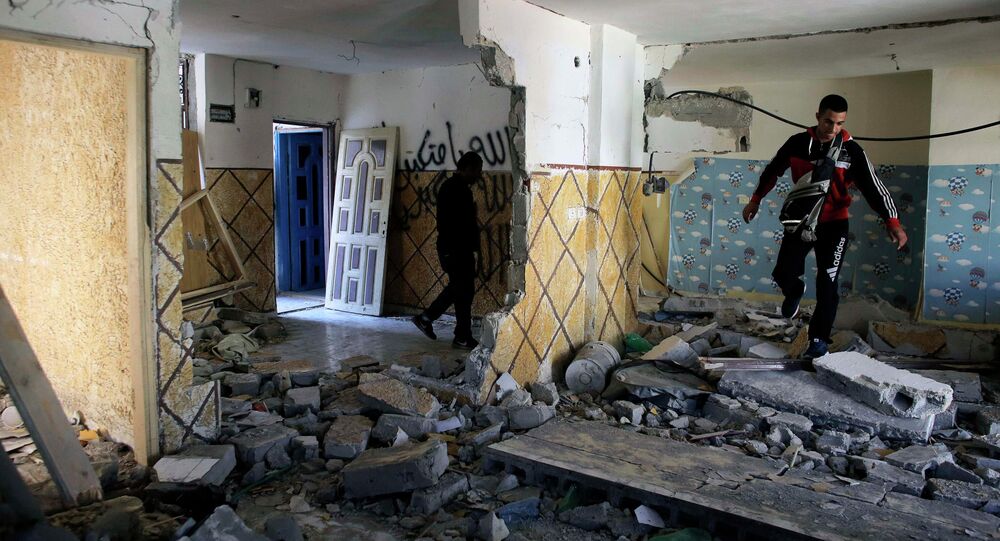 MOSCOW, November 19 (Sputnik) – Israeli Defense Forces (IDF) have destroyed the East Jerusalem home of a Palestinian who rammed his car into two people in October, the Times of Israel reported on Wednesday.

“The destruction of terrorists’ homes sends a sharp, clear message to those who wish to harm Israeli civilians and security forces, that terrorism and causing harm to innocents carries with it a heavy price,” a military spokesperson was quoted as saying by the Times of Israel.

House Demolition has been widely practiced by the IDF since the 2000s to deter terrorism. After a Jerusalem synagogue attack on Tuesday, Israeli Prime Minister Benjamin Netanyahu ordered to demolish the homes of terrorists responsible for a series of recent terrorist incidents.

Terror attacks in Jerusalem have been on the rise, resulting in the deaths of 11 Israelis last month. On October 22, Palestinian Abdel Rahman Shaludi ran his car into a railway station, killing two people. Following the attack, a similar incident occurred at a tram stop, killing one person and injuring 13. On Tuesday, two Palestinians killed five people in a terrorist attack at a synagogue in the city.

Spanish Parliament Calls on Government to Recognize Palestine as State

EU Should ‘Keep Out’ of Palestinian Recognition Vote: European MP