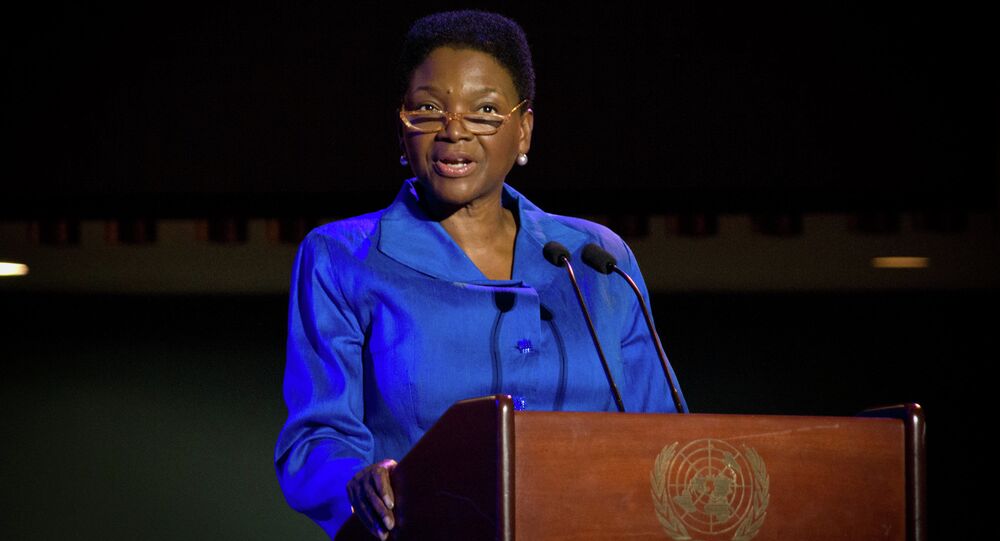 UN top humanitarian Valerie Amos spoke about the deepening crisis in Iraq, where 5.2 million people now need assistance and over 100,000 citizens have been registered as refugees in neighboring countries so far this year in a country that has seen little, but chaos since the US-led invasion of 2003.

NEW YORK, November 19 (Sputnik) — UN top humanitarian Valerie Amos has warned of a deepening crisis in Iraq, where 5.2 million people now need assistance in a country that has seen little, but chaos since the US-led invasion of 2003.

"This is not the first time Iraq has experienced a humanitarian crisis. Iraqis are already weary of the decades of sectarian violence and war which destroyed the country's institution. One million people are internally displaced people from previous Gulf wars," Amos, under-secretary general for humanitarian affairs, told the UN Security Council Tuesday.

"The crisis in Iraq is first and foremost a protection crisis with intense violence and brutality, being meted out on civilians from all religious and ethnic backgrounds," said Amos. "Women have been specifically targeted with daily reports of kidnapped women and girls from Yezidi and other communities being sold into marriage and sexual servitude to militants."

IS, a brutal and sectarian jihadist group controlling a Sunni-majority zone that straddles the Iraqi-Syrian border, is fighting Iraqi and Kurdish forces that are backed by air strikes by a US-led coalition of Western and Arab nations.

IS has fought the Syrian government since 2012. It then extended its attacks to northern and western Iraq in a lightening advance in June 2014 and declared the creation of an Islamic caliphate on the territories over which it had control.

US May Consider Ground Non-Combatant Troop Deployment in Iraq: Pentagon

European Banks Sued For Aiding Attacks Against US Troops in Iraq: Reports