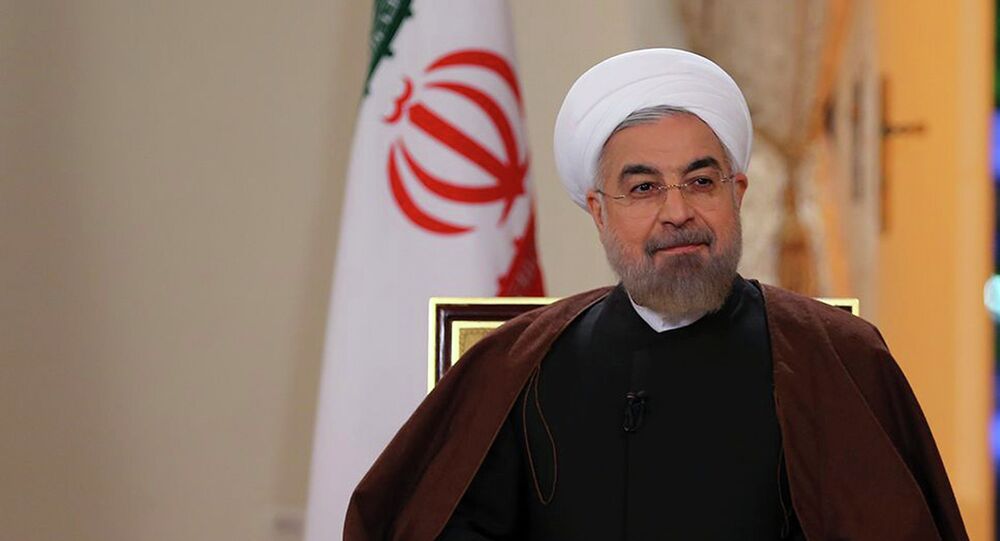 “If the P5+1 and certain countries pursue a goal to impede Iran’s development and are looking for a pretext, this issue is impossible and our nation will never give up the path of development and its rights,” Rouhani was quoted as saying by the news outlet while addressing a cabinet session.

“Iran has made its utmost efforts … and made the necessary adjustments to its demands and we hope that all the P5+1 countries, particularly the US, which occasionally seeks excessive demands in the nuclear talks, will understand the circumstances,” he added.

The United States, France, Britain and Germany want Iran to reduce the number of uranium enrichment centrifuges in operation. Iran currently has about 19,000 installed with about 10,000 spinning to refine uranium.

While the West accuses Iran of attempting to develop a nuclear weapon under the guise of a civilian nuclear program, Tehran argues that its nuclear development is aimed purely at meeting the country’s growing energy needs and achieving other peaceful goals.

During the November 2013 talks in Geneva, the P5+1 group, comprising Russia, the United States, the United Kingdom, France, China and Germany, agreed to reach a deal with Iran guaranteeing the peaceful nature of the country’s nuclear program by July 2014. The deadline was later extended to November 24, 2014.

US President Barack Obama in a Sunday interview with CBS said there was still a “big gap” in the negotiations which may prevent a final agreement.

P5+1 Political Directors May Meet Over Iran in Early November