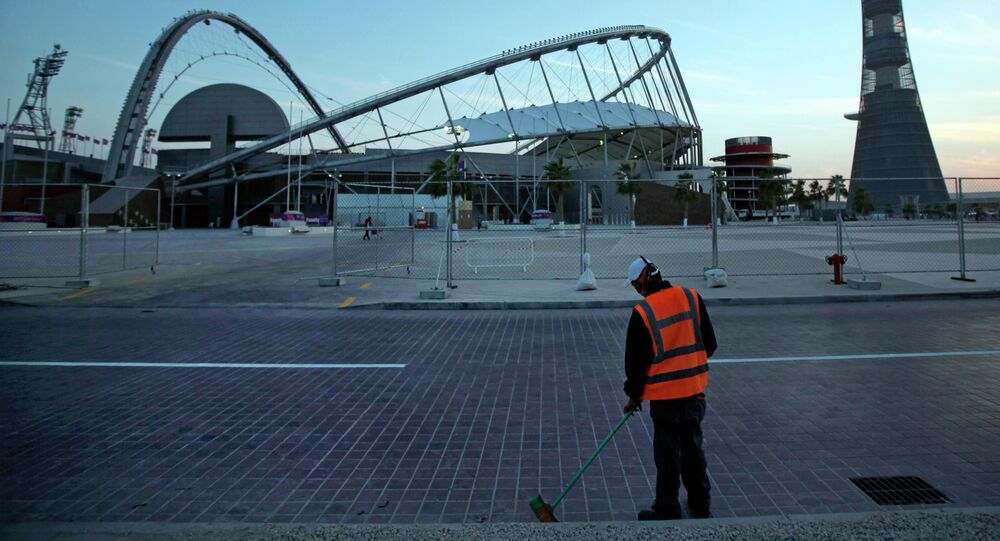 According to Amnesty International, Qatar failed to prevent the use of forced labor in preparing for the 2022 FIFA World Cup, despite promising to take action when winning the bid for the football tournament four years ago.

MOSCOW, November 12 (RIA Novosti) – Qatar has gone back on its pledge to stop the abuse of the rights of migrant workers in the country ahead of the 2022 FIFA World Cup, Amnesty International said in a report released Wednesday.

"It has been four years since Qatar won the bid to host the World Cup, putting itself in the global spotlight, so far its response to migrant labor abuses has not been much more than promises of action and draft laws," the organization's head of refugee and migrant rights Sherif Elsayed-Ali said.

Elsayed-Ali added that urgent action is necessary to prevent the use of forced labor in preparing for the football tournament.

One of the major changes promised by Qatar in May, according to Elsayed-Ali, was the removal of the need for an exit permit, which allows the country control over the movement of foreign workers and bars them from leaving the country at will. Another change urged by the Amnesty International was to limit the sponsorship system, which makes workers dependent on their employers.

According to Systainalytics, migrants account for 94 percent of Qatar's total workforce, with workers coming mainly from India, Pakistan, Sri Lanka, the Philippines, Nepal and Bangladesh.

Turkey and Qatar as the America’s ‘Mideast Misfits’