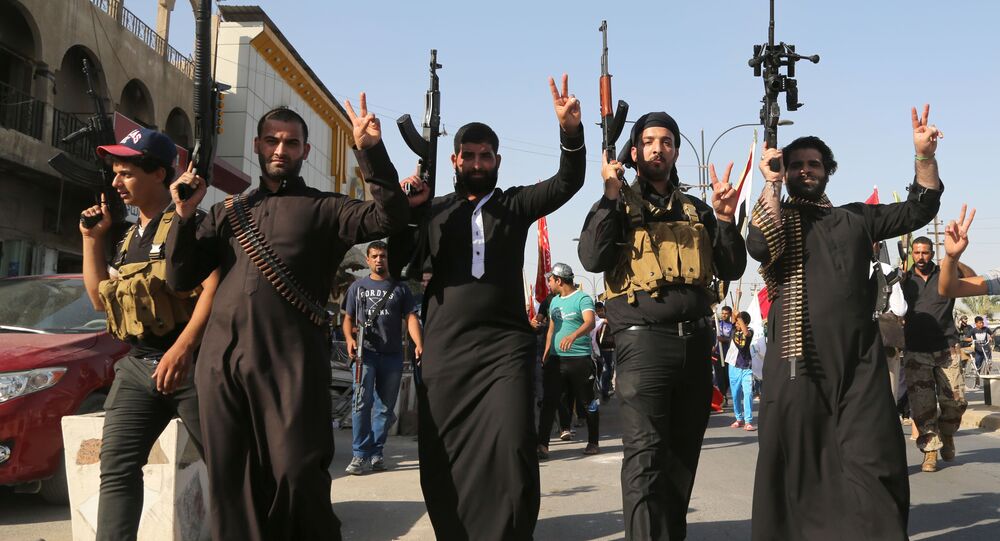 Bahraini Information Minister Samira Ibrahim bin Rajab said that there are no good terrorists with whom it's possible to cooperate.

"Of course, Bahrain is concerned about the problem of terrorism, as are all other nations. But Bahrain is even more concerned about today's concept of terrorism, which is defective. For instance, Western politicians claim sometimes that there are good terrorists who you can cooperate with, and also bad terrorists," Samira Rajab told Rossiya Segodnya International Information Agency.

The United States has frequently voiced its support of the so-called "moderate" Syrian opposition as part of US-led efforts to roll back Islamic State insurgency in Syria. US President Barack Obama said earlier Washington would arm and equip Syrians opposing the government of Bashar Assad, as well as Kurds and Iraqis.

The Bahraini minister criticized foreign military interference in Middle Eastern conflicts, saying it only added to "chaos and instability".

Rajab said she believed that the 2003 US invasion of Iraq had damaging consequences for the Arab region, which has its own culture and mechanisms that help national and religious communities to co-exist peacefully.

"I am 100 percent sure that problems cannot be resolved with wars and troops… Look, what happened in Iraq and in Libya. The problem is that military interference leads to chaos, while initiators pull out and avoid taking responsibility for what happens next, and armed militias, warring parties are left behind," she pointed out.

Iraq has been gripped by lawlessness and violence following the 2003 invasion by a US-led coalition. The ensuing power vacuum gave rise to sectarian tensions between Sunni and Shiite Muslims.