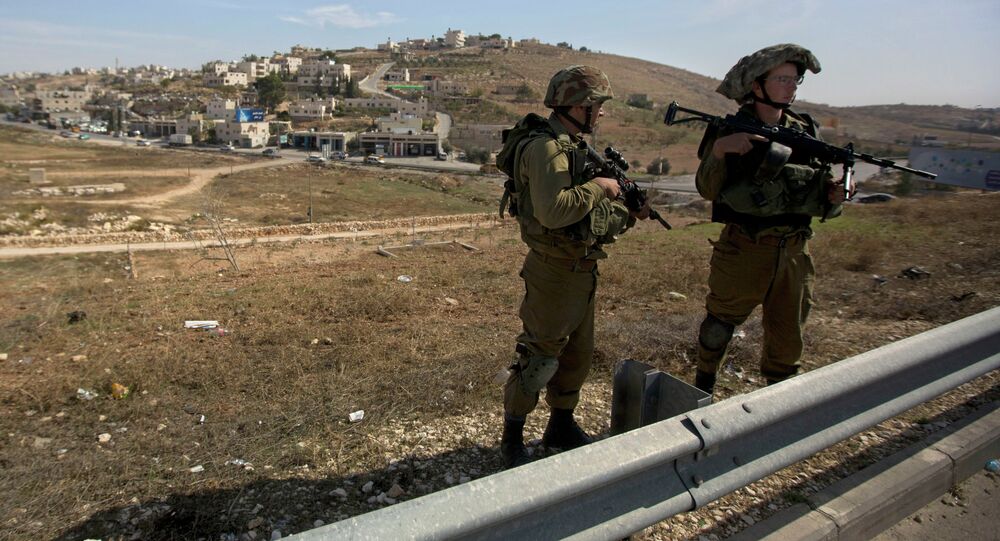 Additional Israeli Forces to Concentrate in West Bank After Stabbings

Additional forces of Israeli Army are to be deployed in Judea and the Samaria Area District after several incidents including murders.

MOSCOW, November 11 (RIA Novosti) — Additional forces are to be consolidated in the West Bank of the Jordan River after a new outbreak of Palestinian-led stabbings claimed the lives of two Israeli citizens, an Israeli Defense Army (IDF) representative told RIA Novosti Tuesday.

"Additional forces are to be deployed in Judea and the Samaria Area District [West Bank] based on assessments of the security situation," IDF representative said.

The emphasis is being made on crowded places and zones where the Arab and Jewish population live side by side, according to the representative.

On Monday a Palestinian teenager stabbed an Israeli soldier to death at the Tel-Aviv railway station. Several hours later another Palestinian stabbed three Israelis at the entrance to the Alon Shvut settlement in the West bank. The attacker was shot while an Israeli woman died and two other victims were hospitalized.

In the course of less than month six Israeli citizens have died in acts of terrorism, conducted either by Palestinians or Arab Jerusalemites, which exceeds the number of civilian casualties for 2012 and 2013 combined.