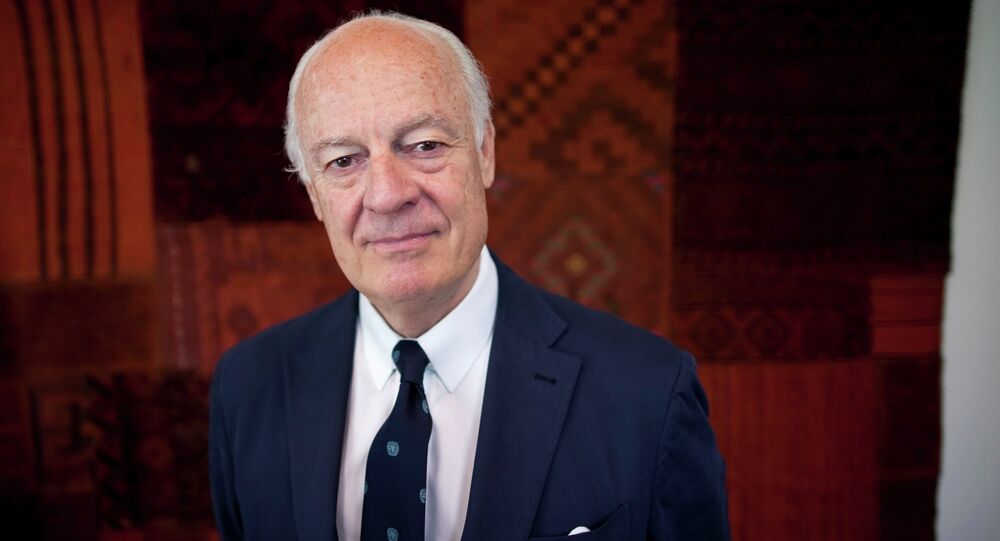 According to the press service of UN Special Envoy for Syria Staffan de Mistura, the official declined an invitation to meet with representatives of armed opposition in the Syrian city of Homs, the envoy's press service reports.

"De Mistura refused to meet with representatives of armed opposition in the Syrian city of Homs," the press service said.

On Monday, de Mistura met with Syrian President Bashar Assad. During the talks, the UN envoy suggested establishing ceasefire zones in the embattled Syrian city of Aleppo. Assad pointed out that Mistura's offer is "worth studying."

The civil war in Syria began in March 2011 following a string of anti-government uprisings. Since then, the armed conflict between government forces and various opposition and extremist groups has claimed over 191,000 lives, according to UN estimates.