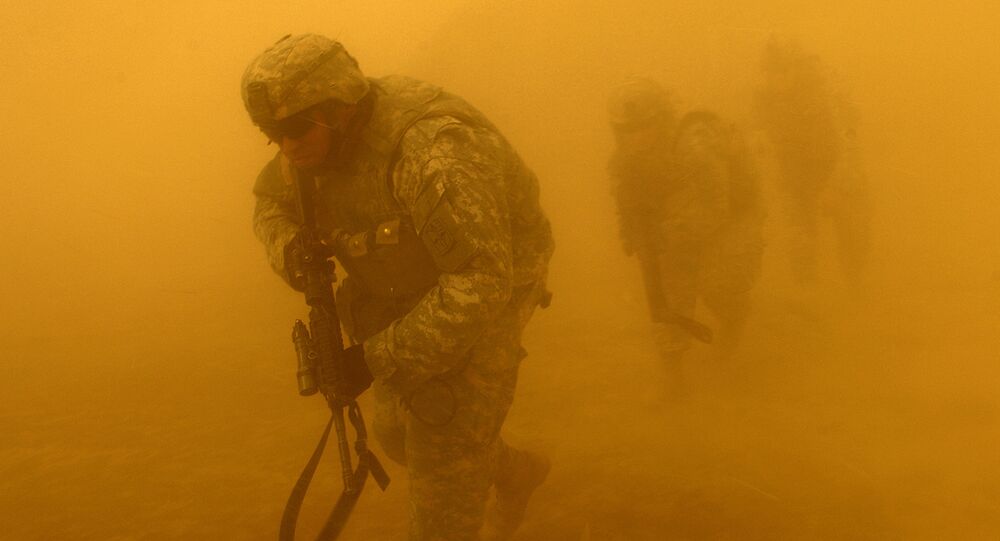 US military advisers will oversee the coordination between the Iraqi security forces and the international coalition's air forces for joint operations against the Islamic State.

BAGHDAD, November 10 (Sputnik) — 180 US military advisers have arrived in the Ain al-Asad base 90 kilometers west of Ramadi, the administrative center of the Iraqi Anbar province, Alsumaria TV Channel reported Monday.

According to Alsumaria, US advisers will oversee the coordination between the Iraqi security forces and the international coalition's air forces for joint operations against the Islamic State (IS) terrorist group. The advisers will also plan and act as consultants for the Iraqi army for questions related to freeing cities seized by IS in Anbar province.

Early in October, Kuwaiti media reported that over 2,000 US marines had been deployed in Kuwait prior to being transferred to military bases in Iraq. The first teams of US advisers sent to these bases will now prepare them for the arrival of the main part of the rapid reaction forces.

On Friday, US President Barack Obama approved the deployment of 1,500 additional troops to Iraq to combat the Islamic State, doubling the number of US forces on the ground. According to the White House, US military personnel will not engage in fighting but train and advise Iraqi security forces and Kurdish fighters struggling to defeat Islamic State.

The US president announced the formation of an international coalition to fight IS, also known as the Islamic State of Iraq and Greater Syria (ISIS), or the Islamic State of Iraq and the Levant (ISIL), in September. Washington said it would provide support, equipment and training to Kurdish and Iraqi forces and Syria's moderate opposition in order to respond to the IS threat.

Over 600 US Military Personnel Exposed to Chemical Agents in Iraq: Reports

Iraq Expects US to Support Frontline in International Terrorism Fight