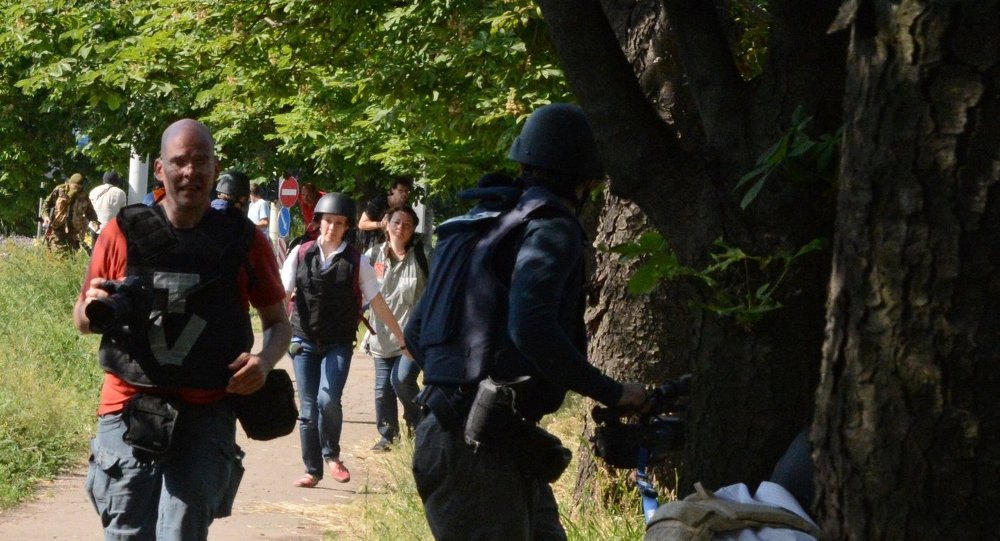 According to the Reporters Without Borders report, the largest number of journalists were killed in Syria, Palestine, Iraq, Libya and Ukraine.

MOSCOW, October 30 (RIA Novosti) – The global community of journalists has seen 56 colleagues killed this year, a report published by Reporters Without Borders said.

Two journalists were killed in Brazil, Colombia, Pakistan, Paraguay and CAR (Central African Republic) each, while Afghanistan and the Philippines have each registered two deaths of journalists.

At the bottom of the list were Bangladesh, Egypt, Guinea, India, Mexico, DRC (the Democratic Republic of the Congo), Russia and Somalia, with one journalist killed in each them.

According to Reporters without Borders, the given numbers include only those killings that the organization had evidenced as being conducted in association with journalistic activities. Cases of killings where the journalists' professional activities did not apply or such link could not be established were not included in the report.

In an earlier report "The Deadliest Countries for Journalists in the Americas" that was published on September 30, the organization pointed out that Mexico is the deadliest country for journalists both in South and North America, with 81 journalists having been killed there since 2000.

On Thursday, the Organization for Security and Cooperation in Europe (OSCE) issued a statement in which it called for quick and thorough investigations into assaults on journalists.

On November 2, people across the world will see the International Day to End Impunity for Crimes against Journalists. The day was chosen in 2013 during the 68th Session of the UN General Assembly in memory of the two French journalists, Ghislaine Dupont and Claude Verlon, who were killed in Mali last year.