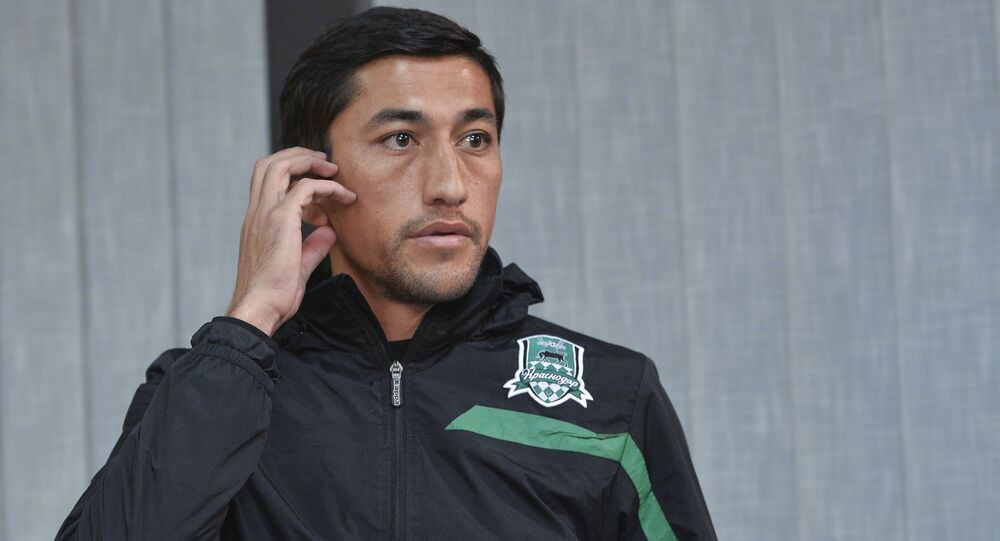 No Racism in Russia, FIFA 2018 Set to Be Great Tournament – Shanghai SIPG Player

In the run-up to the FIFA 2018 World Cup, which Russia is due to historically host from June 14 to July 15 in 11 cities, Sputnik has spoken to footballer Odil Akhmedov, currently a midfielder for the Chinese club Shanghai SIPG, who previously played for the Anzhi and Krasnodar football clubs.

Sputnik: Russia is hosting the World Cup this year. Many Western fans are expressing concerns over their safety during matches. Are these concerns justified? How do you treat Russian football fans?

Odil Akhmedov: The World Cup is a major championship. I think fans don’t need to worry. I know Russian fans, they love football and their team, and thus, they cheer for it like crazy. One has no need to worry; it is going to be a great tournament.

Sputnik:  Have you ever faced racism on a team or from fans?

Odil Akhmedov: I have never had such an experience. Uzbekistan was part of the USSR, and I was therefore accepted like a native.

Sputnik: What should fans expect in terms of the stadiums and general conditions?

Odil Akhmedov: While I was playing for Krasnodar, the facilities were really good. I think ahead of the championship, they have built very good stadiums.

Sputnik: Which national teams do you think are the favorites with football fans?

Odil Akhmedov: It seems to me that the faves are Spain, Germany, and Brazil. One of these will grab the first prize.

Sputnik: You played for the Russian clubs Anzhie and Krasnodar for a total of six years. Last year, you moved to the Chinese club. Where was it more challenging to get accustomed to life and the general atmosphere – in China or in Russia?

Odil Akhmedov: Shanghai is a beautiful city. And my family also likes it. It is quite easy to get used to life here. I had dreamed of playing in Russia.  I played for Anzhie for six years and was happy there, but I am not planning to return to Russia. I will head back home from China.

Sputnik: You are still a member of Uzbekistan’s national team and you earned your home country a victory in the latest match with the Vietnamese. Have you ever played against China as part of the Uzbekistani team?

Odil Akhmedov: We played twice against China: at the Asian Cup in 2011 and 2015. Here, I am playing and defending the Shanghai club. When playing for the national team, I defend my home country. This is football. Wherever I played, I did it with professionalism. And if I have to play against China at the Asian championship, then I’ll definitely do it, with 100 percent certainty.