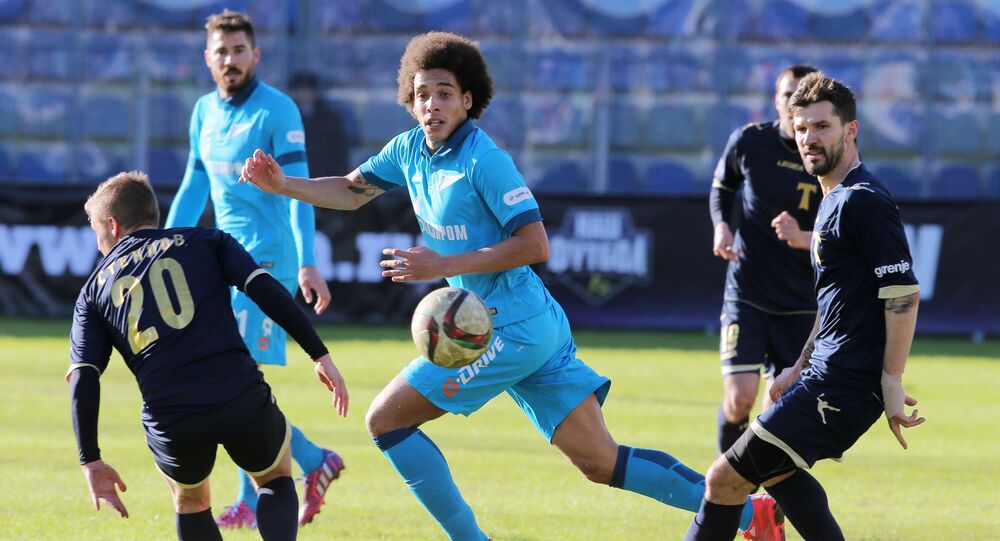 'For Belgium, This Generation FIFA 2018 to Be Most Important World Cup' - Witsel

While preparations for the upcoming 2018 World Cup are in full swing in Russia, Axel Witsel, a central midfielder for China’s Tianjin Quanjian football club and the Belgium National team, has shared his most enthusiastic remarks about the much-anticipated event in an interview with Sputnik.

"I think for our team, for our generation it will be the most important World Cup," Witsel remarked. He went on to say that they can boast more experience now that they'd played in Brazil and in the European Cup in France.

"I think we are ready, but we have to play like we always do."

Still, he stressed the importance of doing better "game by game" to show even more outstanding results than in the latest World Cup in Brazil.

Axel Witsel played for Saint Petersburg’s otball team Zenith for 4.5 years, from 2012 until 2016. He said that while living in Russia he never heard anything connected with the notion of racism:

"When you see them at the stadium in —15 degrees without T-shirts… This is the passion of football." He is certain that this is also among the things that "make Russia beautiful."

This year is the first time that Russia will host the FIFA World Cup. The association football championship, slated for June 14-July 15, is due to take place in a number of key cities in European Russia: Moscow, St. Petersburg, Nizhny Novgorod, Kazan, Volgograd, Kaliningrad, Samara and Saransk.