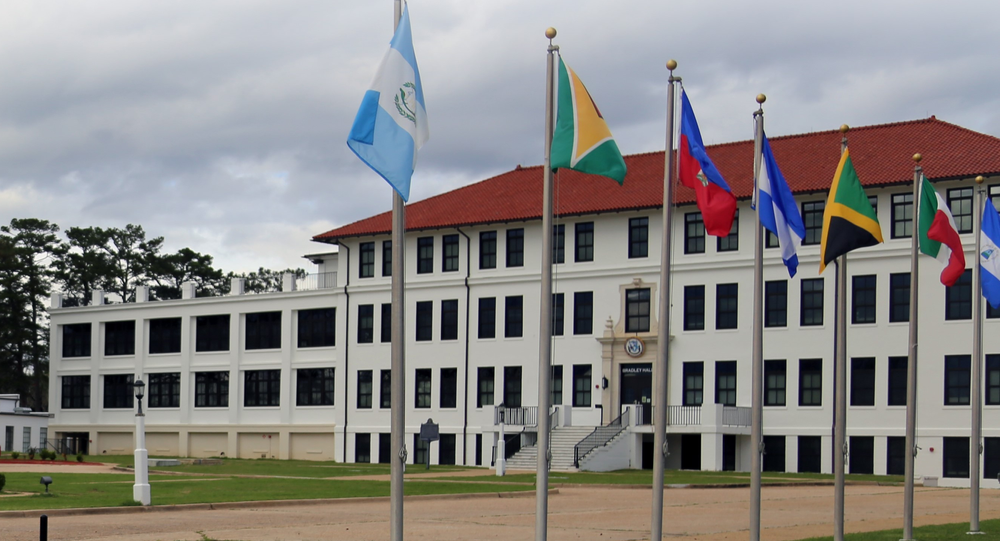 The Pentagon has revealed that seven of the Colombian ex-soldiers accused of helping kill Haitian President Jovenel Moise received training from the US while in Colombian military service, including at an elite US Army program whose alumni are infamous for carrying out coups across Latin America.

“Thus far, we’ve identified seven individuals who were former members of the Colombian military that had received some sort of ... U.S. funded and provided education and training,” US Department of Defense spokesperson John Kirby told reporters on Thursday.

The training included military leadership and professional development training, emergency medical training, helicopter maintenance, and seminars on counter-narcotics and counterterrorism tactics, according to an anonymous US official who spoke with Voice of America.

Kirby stressed that they “got nothing certainly related, at all, or that one could extrapolate, as leading to or encouraging of what happened in Haiti.”

However, Pentagon officials told Voice of America that some also took courses at the Western Hemisphere Institute for Security Cooperation (WHINSEC) at Fort Benning, Georgia. The institute is better known by its former name, the US Army School of the Americas.

Washington has used the school for decades to give right-wing militia or military forces specialized training for fighting communist and socialist groups across Latin America, and graduates of the program have been implicated in some of the bloodiest civil wars and coups in the region, including in El Salvador, Nicaragua, Peru, Argentina and Colombia, the generals who led the 2009 coup against Honduran President Manuel Zelaya; many of the ringleaders of the 2019 coup against Bolivian President Evo Morales; and the genocide of Mayans in Guatemala.

“I know of no plans right now as a result of what happened in Haiti for us to reconsider or to change this very valuable, ethical leadership training that we continue to provide to partners in the Western Hemisphere and to partners around the world,” Kirby said on Thursday.

WHINSEC Commandant Colonel John Dee Suggs recently told VOA that the school had reformed and was “not shooting anybody. We’re not teaching anybody to … go into a house and take these folks down.”

However, the same claims have been made about other US military training programs as well, such as those performed by US Africa Command across Africa. As Sputnik reported, troops trained by AFRICOM are responsible for seven successful coups d’etat on the continent in the 13 years since the command was formed.

In Haiti, police have arrested 18 Colombians and two Americans in connection with the July 7 murder of Moise and wounding of his wife, Martine, in their home outside Port-au-Prince. Police said as many as 28 had taken part in the commando raid, but the rest had been killed in shootouts with police. Colombian military officials have confirmed 17 of the Colombians are ex-military, having all left the service in the last couple of years.

The US has worked especially closely with Colombia since the early 20th century, training military and police to crush peasant uprisings and workers’ strikes like those by the US-owned United Fruit company in the 1920s and 30s, or the more recent communist insurgencies the US has claimed are also drivers of the drug trade. More recently, the US has used Colombia as a base from which to infiltrate Venezuela, including American mercenaries like Silvercorp, which aimed to kidnap and extradite Venezuelan President Nicolas Maduro in May 2020.

Venezuelan National Assembly speaker Jorge Rodriguez has noted that CTU Security, the firm contracted to hire the hit squad that killed Moise, was also behind the 2018 assassination attempt on Maduro and was part of the 2020 operation with Silvercorp as well.

Gen. Eduardo Zapateiro, head of the Colombian Army, told Reuters recently that Colombian soldiers are often recruited as mercenaries after their obligatory service is completed “because of all their experience.”

“It’s a shame because we train them for other things,” he added.

However, that training has also been blamed for the deadly police violence used against protesters on Colombia's streets earlier this year, in which as many as 42 people may have been killed and hundreds wounded.

Of the two Americans arrested, one formerly worked with the US Drug Enforcement Agency (DEA), a paramilitarized federal police agency that works extensively in Colombia. When the commando approached Moise’s house on the night of the murder, they introduced themselves as DEA agents on a raid to convince his guards to stand down.