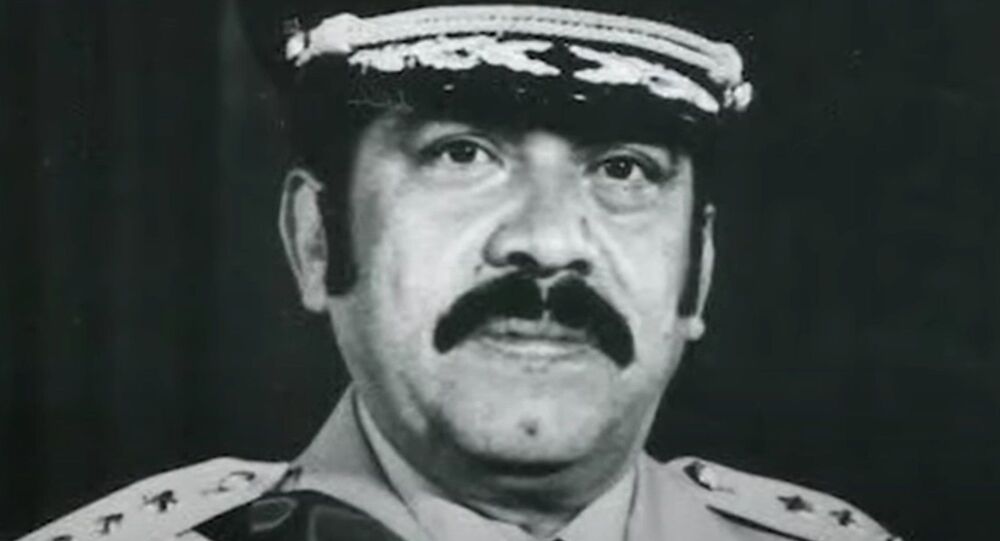 The former Salvadoran president’s administration marked the third consecutive military regime for the Central American country, one that saw improvements to the nation’s infrastructure while also being riddled with violence and strict military control.

Former Salvadoran President Arturo Molina, who presided over the Central American nation during a turbulent political period, died over the weekend at the age of 93, officials announced on Monday.

Molina, a military officer who held the rank of colonel in El Salvador, died in California on Sunday, according to the country’s National Coalition Party (PCN), of which the former president was a member. The party previously ran under the National Conciliation Party banner before changing its name in 2011.

Reports have indicated that the former president had been seriously ill for several months.

PCN confirmed Molina’s death in a Twitter post that offered their condolences to the colonel’s family and friends. “Old soldiers never die, they just fade away,” reads the party’s tweet.

Manuel Rodriguez, who serves as the PCN’s secretary-general, told reporters that Molina left behind a multitude of achievements, many of which helped to propel El Salvador into becoming a modern country.

Some of those accomplishments, per Rodriguez’s account, include improvements to the nation’s infrastructure and education, as well as the successful bid to host the 1975 “Miss Universe” contest.

However, the government of Col. Molina, which ran from 1972 to 1977 and served as the country’s third consecutive military government, was far from the ideal administration. To begin with, Molina came to power in what many deemed as a stolen election after the colonel was granted the golden presidential ticket over Jose Napoleon Duarte, then the candidate of the National Opposition Union.

The contested 1972 election marked a renewed time of turbulence for the nation despite Molina’s repeated vows that his administration would serve as a period of transformation for Salvadorans.

Molina at the helm brought about a severe political polarization amid the emergence of paramilitary death squads and guerilla groups.

In fact, the former commander-in-chief ordered a military occupation in June of 1972 as part of an effort to silence demonstrators at the University of El Salvador. Molina justified the move by stating the institution was being used as the headquarters for armed leftist groups.

Three years later, in July 1975, about a dozen university students were murdered in San Salvador by the Salvadoran military for protesting against Molina’s decision to spend $1 million in public funds to host the 1975 “Miss Universe” pageant.

At the time, students had been warned against holding demonstrations, with authorities emphasizing that the “full weight” of the law would be brought down against them. Reports detailing the deadly altercation noted that Salvadoran soldiers used machine guns and automatic rifles to gun down a group of 3,000 students. Witnesses also placed military-grade tanks at the scene that in some cases ran over wounded individuals.

The Molina presidency also tapped espionage efforts to zero in on political targets, and saw the orchestrated killings of Jesuit priest Rutilio Grande in 1977 and two other church representatives.

At the close of his presidency, Molina left the country and was succeeded as president by Gen. Carlos Humberto Romero Mena, who was deposed in a military coup in 1979.