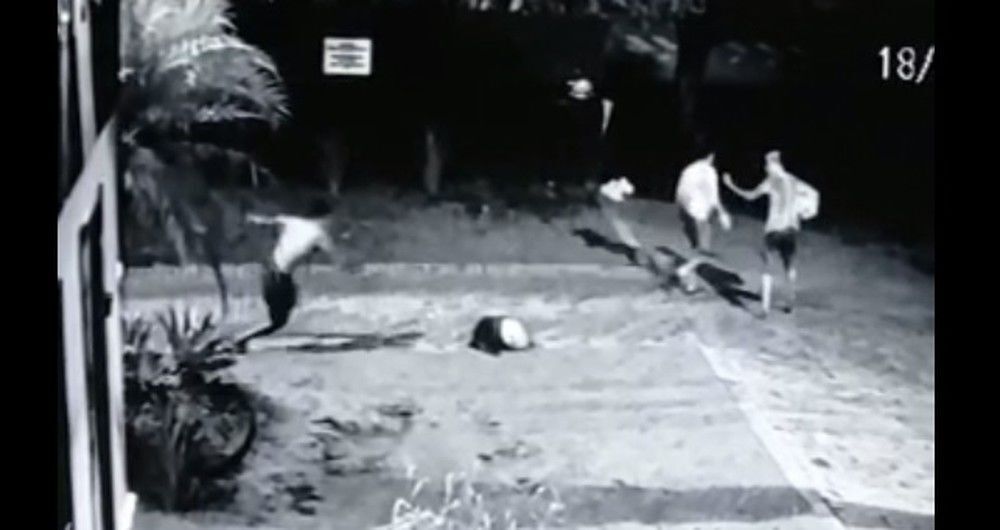 The majority of the escaped prisoners were described as members of the Primeiro Comando da Capital (First Command of the Capital), which the Brazilian government considers to be the country's biggest criminal organization.

After digging a tunnel out of their cell in the style of Shawshank Redemption, nine suspected members of Brazil's most vicious gang were seen escaping from a police station, Brazilian Globo news outlet reported.

The daring escape reportedly occurred at 3 am on Sunday, when detainees suspected to be members of the Primeiro Comando da Capital gang broke free from a police station in Campina da Lagoa, state of Parana in the southern part of Brazil.

According to the report, the suspects dug a hole inside one of the cells and then created a tunnel leading to the station's courtyard area. As can be seen in the surveillance footage obtained by the outlet, the detainees jumped off the top of a wall and ran down a road.

One of the fugitives was apprehended hours later, reportedly hiding in the home of his ex-partner. Seven of the inmates are still on the run, and with their names published, the police are asking to report their whereabouts, although the identity of the ninth one has not been revealed.

Before the prison break, the small jail, which was designed to accommodate 15 inmates, reportedly held 35 detainees.

The Primeiro Comando da Capital crime group, which was created in 1993 in the country's Taubate Penitentiary, is said to have 20,000 members and is active in Bolivia, Peru, Ecuador, Venezuela, Paraguay, and the US.