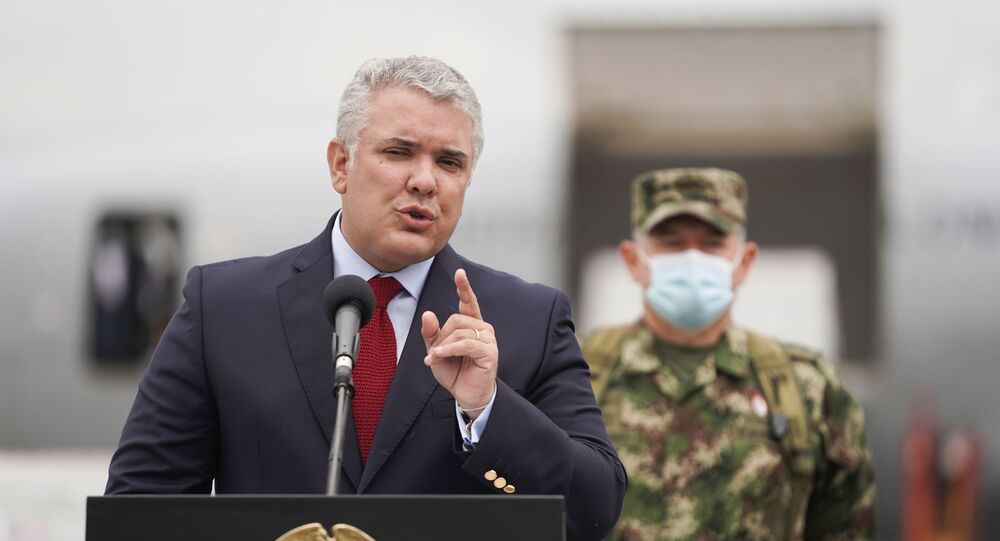 Not All Suspects in Haitian Leader's Killing Knew About Plot, Colombia’s Duque Says

MOSCOW (Sputnik) - Not all retired Colombian military suspected of involvement in the assassination of Haitian leader Jovenel Moise were aware of the planned crime, Colombian President Ivan Duque said on Thursday.

Haitian authorities believe the group which killed the Haitian president included 26 Colombians, some of them retired soldiers, and two US citizens of Haitian descent.

"Everything points to ... that among those people … who arrived in Haiti, there was a group of people who … were unaware [of the planned crime] as well as other people who were engaged in the most serious events and [whose actions] led to, of course, to … the killing of Haiti’s president," Duque told Colombia's La FM radio.

There were only a few people involved in the operation who were informed of its true objective, the Colombian leader added.

According to the radio program, the families of the ex-military and other former soldiers say the suspects were recruited to work in Haiti as Moise's security detail, not to assassinate him

On July 7, a group of assassins shot Moise at his residence, killing him and wounding his wife.

‘I Was Able to Hold On’: Wife of Assassinated Haiti President Out of Danger - Photo