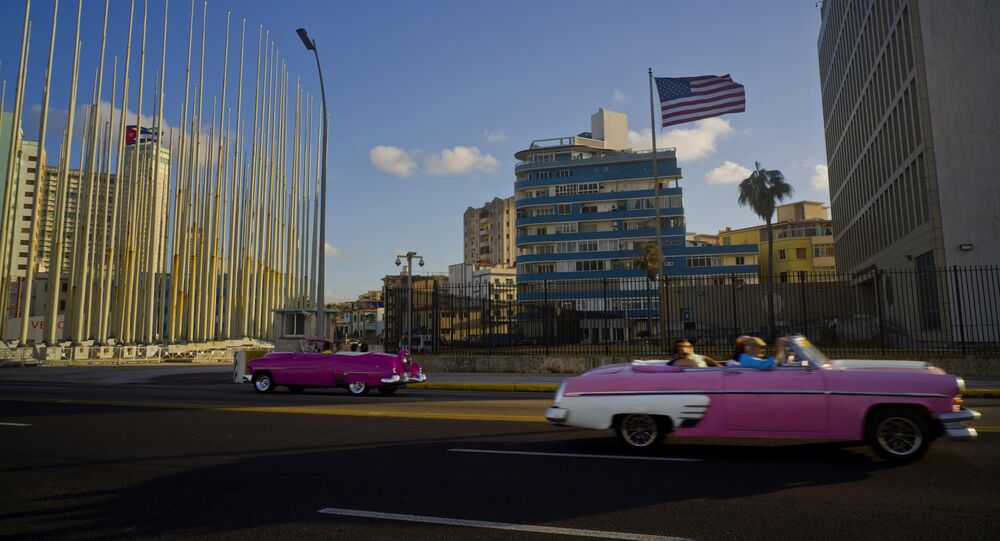 "We have reached an agreement in the government to introduce an unprecedented measure – to abandon the fixed salary scale at state enterprises", the minister said as aired by Cuban broadcasters.

The measure will not concern all companies at an early stage, but it will allow them to manage the wage bill more efficiently and reward the most productive employees. The introduction of the said measures is set for the second half of 2021, he elaborated.

"After the new system is implemented, all of the employees will earn more", Gil Fernandez, who is also a deputy prime minister, added.

ED JONES
Demonstrators hold placards during a rally held in solidarity with anti-government protests in Cuba, in Times Square, New York on July 13, 2021. - One person died and more than 100 others, including independent journalists and dissidents, have been arrested after unprecedented anti-government protests in Cuba, with some remaining in custody on Tuesday, observers and activists said.

The Cuban government also plans to boost the economy by renovating micro-, small- and medium-sized enterprises. There will be a legal division between management and ownership rights, which will give an impetus and autonomy to this segment of the economy.

According to the minister, the new measures will stimulate the economy while securing the prevalent role of state socialist enterprises in the nation's economy.

The decision announced by the Cuban authorities follows a major wave of protests across the country. Thousands of people slammed the government for shortages of basic goods and demanded free elections. In response, Communist Party supporters held their own marches to support the authorities.