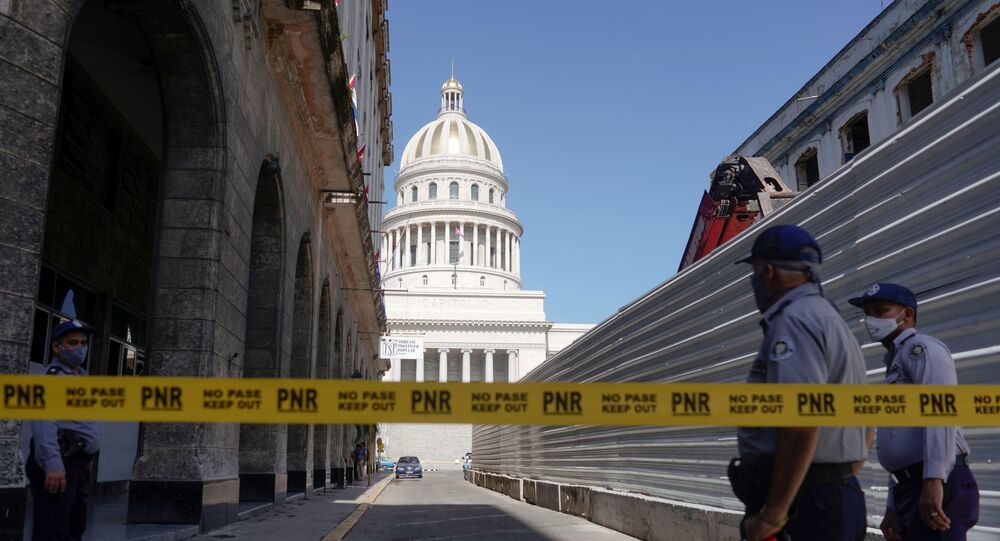 One Person Reportedly Dead During Protests in Havana

HAVANA (Sputnik) - At least one person has died in Havana during the recent nationwide protests in Cuba, according to Granma, the official newspaper of the Cuban Communist Party.

According to the news outlet, several people have been detained and others have been injured, including law enforcement officers.

The deceased is identified as 36-year-old Diubis Laurencio Tejeda, who is reported to have had a criminal record for theft and hooliganism.

Last Sunday's protest was the biggest anti-government protest in Cuba in recent years. Thousands gathered to express dissatisfaction with what they believe to be a lack of freedom and a declining economic situation in the country. Some protesters demanded free elections.

Protests took place in eight cities, including the capital of Havana. Counter-marches of government and communist supporters took place in five cities following the call from the president to fight back. The president joined the march in the San Antonio de los Banos municipality of Havana.

International human rights organizations have reported that several people were injured and detained during anti-government protests, including journalists.

The United States has condemned the Cuban government's actions and called on Havana to respond to people's demands. At the same time, the former Trump administration intensified a trade embargo in place on Cuba since 1962 by adding 243 new coercive measures against the island nation's government over four years that remain in effect to this day.

Venezuela and Mexico, among other countries, expressed their support to Cuba and urged Washington to lift the embargo on the Caribbean nation and not interfere with its internal affairs.

Over 150 Russian Tourists With COVID-19 Stuck in Cuba