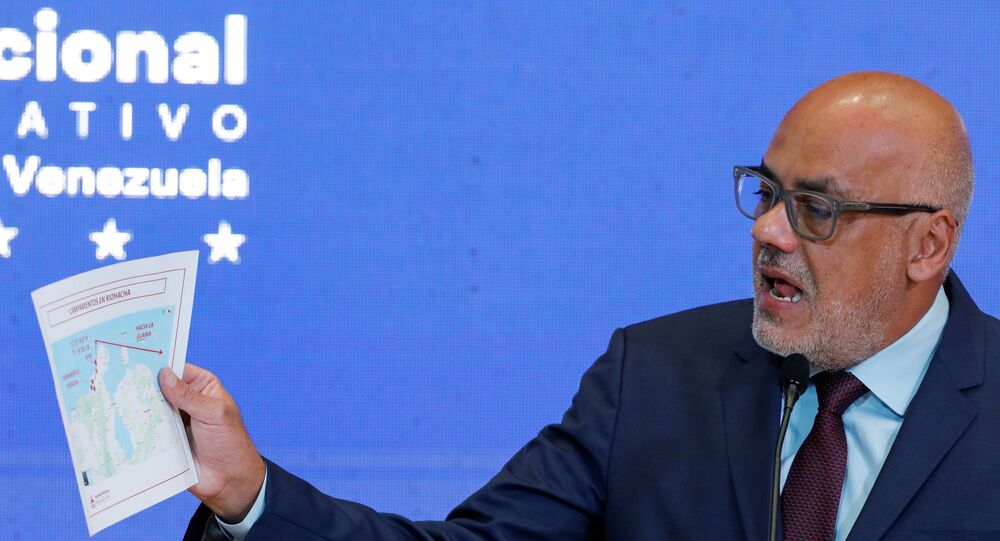 Haitian police have arrested 20 foreign nationals from Colombia and the US, who were reportedly involved in the assassination of the country's president, Jovenel Moise, on 7 July.

Speaker of the National Assembly of Venezuela Jorge Rodriguez said at a press conference in Caracas on Tuesday that a US-based security company, CTU, that allegedly took part in the assassination of Haitian President Jovenel Moise last week, was also involved in plotting against Venezuelan President Nicolas Maduro in 2018.

"We have information that this security company, led by Antonio Intriago, was involved in the attempted assassination of Nicolas Maduro on 4 August 2018", Rodriguez said.

The speaker also noted that the security company was involved in the Gideon operation, a plan to oust Maduro from power that was thwarted by Caracas in 2020.

The unsuccessful operation, according to information shared by Caracas at the time, involved mercenaries and anti-government militia, and was run by a private Florida-based security firm, Silvercorp USA. According to a NYT report, CTU is also located in Florida.

Rodriguez accused Colombian President Ivan Duque of being connected with CTU's Intriago, referring to earlier reports that they met in 2018. The Colombian government denied the accusations.

As the Miami Herald has reported, Intriago is an immigrant from Venezuela, involved in Venezuelan immigrant communities in the US who oppose former President Hugo Chavez and his successor, Nicolas Maduro.

Intriago's company, CTU Security, was mentioned by the Haitian police in connection with an investigation into Moise's assassination. Several Colombian citizens, arrested on suspicion of committing the attack, reportedly said they were hired by CTU "to work in Port-au-Prince".

According to Haitian police, the company bought airline tickets for 21 Colombians involved in the attack.

© REUTERS / RICARDO ARDUENGO
Haitian police patrol the streets as protests were planned after the assassination of President Jovenel Moise, in Port-au-Prince, Haiti July 12, 2021

Haitian law enforcement said that Intriago's company was hired by Christian Emmanuel Sanon, a Haitian doctor living in Florida. He was reportedly the mastermind behind Moise's murder and was planning to replace him. At the moment he is under arrest.

Moise died after an organised attack on his residence on 7 July. Haitian police detained 20 suspects, including 18 Colombians and two Americans of Haitian origin. Another eight suspects are said to be at large.