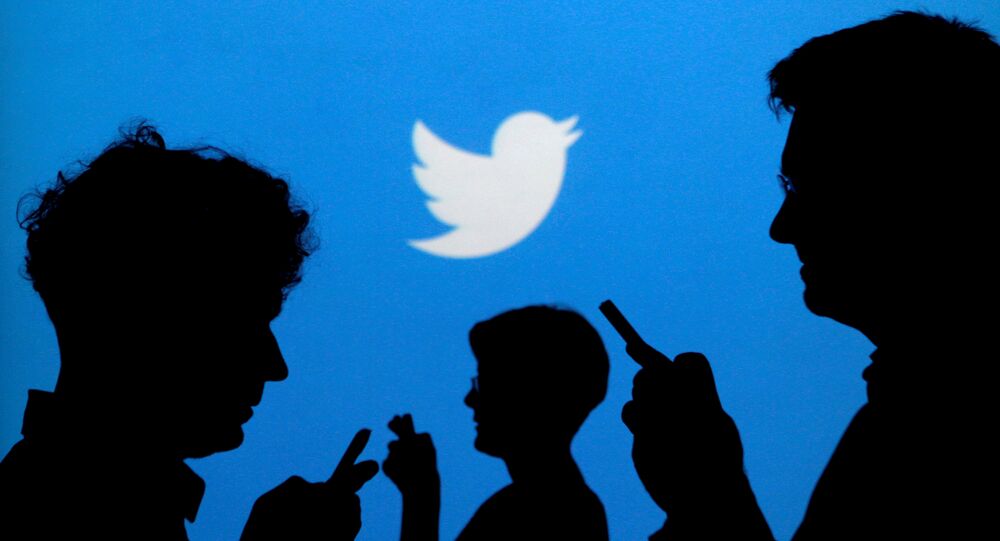 The United Nations has voted every year since 1992 to condemn the US 60-year embargo of Cuba, which is responsible for shortages in fuel, medicine, and essential parts on the island that have affected the life of every one of its 11.5 million people. Despite the suffering, the US maintains “sanctions are tools for democracy.”

Even before protests broke out in Cuba on Sunday, a coordinated online campaign to spread anti-Cuban messages had begun circulating on Twitter. Not only does the social media giant appear to be uninterested in stopping it, but it has a history of arbitrarily shutting down Cuban government and media accounts as well.

As reports of protests in Cuba over brownouts and shortages of medical supplies spread on Sunday, debate on social media raged about the meaning of the demonstrations. Supporters of the Cuban government soon found themselves inundated with replies by accounts with zero followers and that followed zero accounts and had been created within the last few months or even days.

These accounts liked each others’ posts, replied and posted en masse, using similar messages. Some of them even had identical names, like “john appleseed,” which appeared at least twice.

How sus is this tho pic.twitter.com/ui4k410N9I

​Several large accounts reported being quickly inundated, but even users with “small” accounts and few followers anecdotally noted their posts about Cuba were being replied to by the mystery posters almost instantly.

The accounts have also retweeted and amplified posts critical of Cuba and its leaders, including a July 9 tweet by former adult film star Mia Khalifa that tagged Cuban President Miguel Diaz-Canel and said “dude you f*cking suck” and misinformation posts such as a video of Buenos Aires, Argentina, that was passed off as “Cuba right now.”

However, the phenomenon didn’t simply start on Sunday: it began building several days earlier with the hashtag #SOSCuba, following the formula used for many other regime change programs directed by the United States, including the 2019 coup d’etat against Bolivian President Evo Morales and attempted coup of Venezuelan President Nicolas Maduro.

News portal Dominio Cuba noted on July 9 that a huge number of what it called “bots” were mass-posting identical or nearly identical messages just seconds after one another.

​Another account, a well-known pro-Cuban account by the name of Cuban nationalist hero Jose Marti, also made a record of mass harassment on Saturday by the bots.

“Yesterday, I had to lock my account because it was inundated with bot spam. I'm still receiving it many hours later,” he posted early Sunday, showing a video of a long list of dozens of spam replies to a post that spoke of the CIA’s history of “provocation led by paid actors that’s been boosted by imperialist media that channels real grievances that Cubans have (caused by the US blockade) into photogenic protests for the West.”

Yesterday, I had to lock my account because it was inundated with bot spam. I'm still receiving it many hours later. pic.twitter.com/rafxAcjPnR

​Marti later quipped that the #SOSCuba Twitter operation would soon be known as the “Bay of Tweets” because, like the US’ failed 1961 coup by Cuban counter-revolutionaries known as the Bay of Pigs, it would be “defeated in three days with a revolution better secured than ever.”

These types of coordinated campaigns directed at nations targeted by the US for regime change are far from new: The Grayzone reported last year on how Facebook took down a US-based operation run by “strategic communications” firm CLS Strategies in support of the Venezuelan and Bolivian coup efforts in 2019.

However, it’s far more common for the shoe to be on the other foot, as Twitter, Facebook, and Google have made a habit of taking down accounts that post or repost stories in support of or that even just cast in a favorable light various governments the US has provoked crises in, including China, Russia, Iran, Venezuela, and Cuba.

Sometimes these takedowns are justified by what Twitter claims is “coordinated inauthentic behavior,” but other times the takedowns are massive and done without explanation. That’s what happened on September 11, 2019, just minutes before Diaz-Canel was due to address the Cuban people about new measures intended to help the country survive a fuel shortage created by the tightening US embargo.

As Sputnik reported, Twitter silenced dozens of prominent accounts, including news outlets like Mesa Redonda, CubaDebate, and the Communist Party of Cuba’s official paper, Granma, as well as many of the outlets’ reporters; some of the accounts had hundreds of thousands of followers. Twitter also suspended the accounts of several government ministries and prominent politicians, including then-CPC First Secretary Raul Castro and National Center for Sex Education (CENESEX) director Mariela Castro Espin.

After the protests broke out on Sunday, Cuban government officials reached out to the communities in an attempt to address their concerns, which included intermittent electricity supply due to power being rerouted to city hospitals, which are being flooded with patients amid a spike in COVID-19 cases. However, other demonstrators were more violent, fighting with police and flipping over police cars.

In all cases, international media amplified the protests and cast them as “a major new challenge to an authoritarian government,” as the Washington Post put it, echoing the line taken by US President Joe Biden and members of his administration.

“We stand with the Cuban people and their clarion call for freedom and relief from the tragic grip of the pandemic and from the decades of repression and economic suffering to which they have been subjected by Cuba’s authoritarian regime,” Biden said on Monday.

His press secretary, Jen Psaki, told reporters Monday that there was "every indication" that the weekend protests in Cuba were "spontaneous" and "inspired by the harsh realities of daily life,” and not by shortages created by a 60-year-long embargo by the United States designed to strangle the Cuban economy. When the COVID-19 pandemic began, the Trump administration increased pressure on Cuba even further than it already had, and the Biden administration has followed the same path, including keeping Cuba on the list of state sponsors of terrorism, to which it was arbitrarily added just days before Donald Trump left office.

Cuban Foreign Minister Bruno Rodriguez Parrilla rejected the US characterization of the protests, saying Monday they “were not a social uprising, but disorder, disturbances caused by a communicational operation that had been prepared for some time and to which millions of dollars had been committed.”

Indeed, in 2014, the Associated Press revealed that the US Agency for International Development (USAID) had created an alternative to Twitter that was intended to sow dissent on the island.

Called ZunZuneo, after the Cuban name for a hummingbird’s tweet, the program “evaded Cuba’s digital restrictions by creating a text-messaging service that could be used to organize political demonstrations. It drew tens of thousands of subscribers who were unaware it was backed by Washington, which went to great lengths to conceal its involvement,” the AP reported at the time.

In FY 2021 (i.e. now) the State Dept. got $10 million for the Economic Support Fund, which it notes aims to "Identify and engage the next generation of Cuban civil society leaders."

In other words, to find, reach & coordinate with the ppl who led these protests. pic.twitter.com/DKaaWlIfET

​More recently, the House appropriations bill for the Department of State’s budget for fiscal year 2022 that was introduced last week requests tens of millions of dollars for influence operations directed at Cuba. Some of the requests include $9.7 million for “broadcasting capital improvements” by the United States Agency for Global Media, which manages US state-run propaganda outlets like Voice of America and Radio y Television Marti, the latter of which is based in Miami, Florida, and broadcasts toward Cuba.

The bill also says that no less than $5 million and no more than $20 million from the Economic Support Fund must go toward supporting “free enterprise and private business organizations” and “people-to-people educational and cultural activities.”

At UN, World Overwhelmingly Rejects US Blockade of Cuba Yet Again