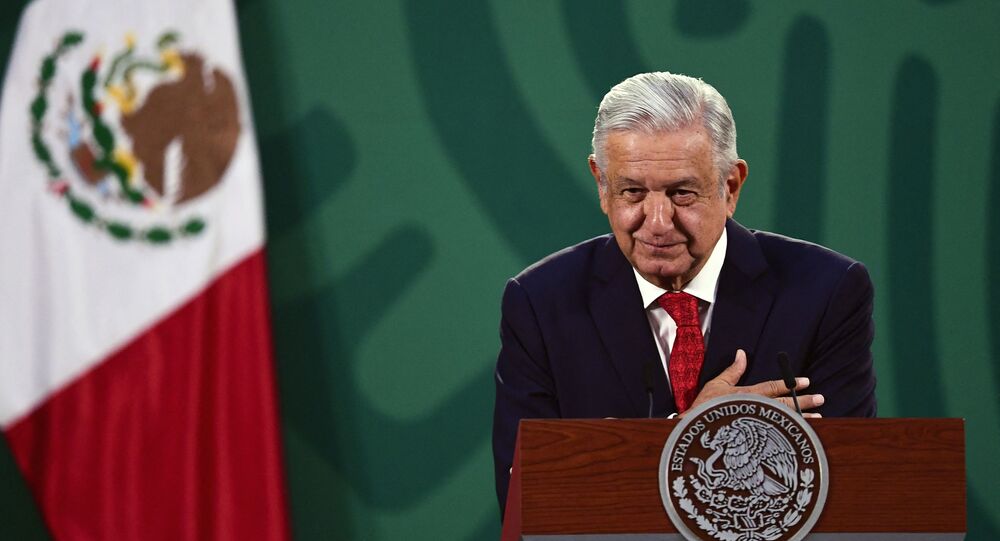 Mexican President Says Protests in Cuba Manipulated From Outside

On Sunday, Cuba witnessed its largest protests since 1994, fueled by anger over shortages of basic goods. Thousands of people demanded free elections and the resolution of social issues. According to local media, protests and gatherings took place in eight Cuban cities, including Havana. In response, government and Communist Party supporters held their own marches following President Miguel Diaz-Canel's calls to take to the streets and repel provocations.

"I see that there is meddling. For example, yesterday I saw a social media post from a group called Article 19, which is an association of journalists in Mexico funded by the US government, the US embassy ... They condemned President Diaz-Canel's call for confrontation ...," Lopez Obrador told reporters.

The Mexican president expressed solidarity with the people of Cuba and said the only way out of this crisis was through dialogue, without the use of force, confrontation and violence.

"Mexico has always been in solidarity with Cuba and with all the peoples of the world, if the Cuban government deems it necessary and its people demand it, the Mexican government could help with medicines, vaccines, supplies and food, without the interventionist political manipulation ... because health and food are fundamental human rights," Lopez Obrador added.

The president further noted that the US economic embargo of Cuba should be brought to an end.

"If you want to help Cuba, the first thing that would have to be done is to lift the blockade of Cuba, as required by most of the countries of the world. It would be a true humanitarian gesture, no country in the world can be fenced off, blocked. This is worse than the violation of human rights," Lopez Obrador stressed.

US restrictions on trade with Cuba date back to the island nation's communist revolution in the late 1950s and involve at least half a dozen different US laws. Former President Barack Obama took steps to normalize bilateral relations, but many of those steps were reversed by the Trump administration.

Current President Joe Biden has promised that he would return Obama's policy on Cuba but has yet to reverse his predecessor's steps.

On June 23, the United States voted against a UN General Assembly resolution condemning the embargo on Cuba, which was adopted by the overwhelming majority of 184 other nations.

Shameless US Hypocrisy on Cuba