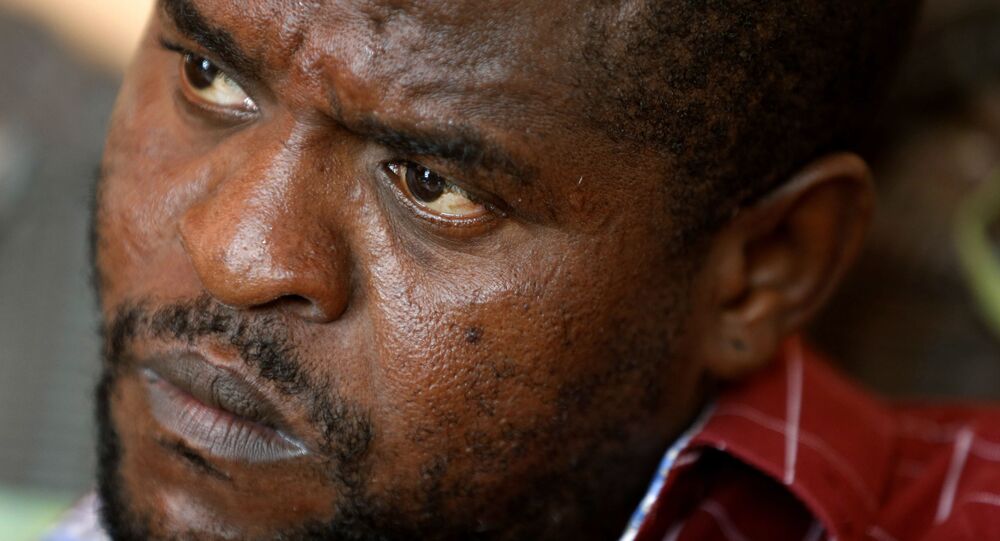 Recent violence between the security forces and a notorious gang in the Venezuelan capital, Caracas, has left 26 people dead and 38 injured. Could there be a connection between these clashes and recent events in the western hemisphere’s poorest nation, Haiti.

The assassination last week of Haiti’s President Jovenel Moïse has worsened political tensions on the Caribbean island, which are inextricably linked to the PetroCaribe scandal.

PetroCaribe was set up in 2005 by Venezuela’s President Hugo Chavez and allowed poor countries in the Caribbean to buy oil from Caracas at discounted prices.

© AP Photo / Joseph Odelyn
Suspects in the assassination of Haiti's President Jovenel Moise, among them Haitian-American citizens James Solages, left, and Joseph Vincent, second left, are shown to the media at the General Direction of the police in Port-au-Prince, Haiti, Thursday, July 8, 2021

But in 2019 Haiti’s court of auditors ruled that officials in Moïse’s government had mismanaged or embezzled up to US$2bn of PetroCaribe money.

Demonstrators called for Moïse to resign but he retained the support of the United States and soldiered on, determined to stay in power until February 2022.

In 2020 Kim Ives, editor of Haiti Liberte, told Radio Sputnik Moïse was a US puppet who was being used to destabilise Venezuela.

On 7 July Moïse was gunned down by a group of around 30 assassins who included former Colombian soldiers and a handful of Haitian-Americans.

Haiti’s police chief, Léon Charles, said on Sunday, 11 July, they had arrested a Florida-based doctor, Christian Emmanuel Sanon, 63, who they believed had hired the assassins to oust kill Moïse and install himself as President.

Mr Charles said police found at Sanon's house in Haiti 20 boxes of bullets, gun parts, car licence plates from the Dominican Republic, two cars and a fake DEA hat - it has been reported the assassins claimed to be DEA agents during the attack.

​In the days after Moïse’s death one of Haiti’s most powerful gang leaders, Jimmy Cherizier - known as Barbecue - called his supporters into the street to demand “justice against this cowardly assassination carried out by foreign mercenaries in the country.”

Last year Barbecue took to YouTube to announce the formation of a new gang alliance - G9 Family and Allies - and paraded through the streets of Port-au-Prince surrounded by dozens of heavily armed gangsters.

In recent years Barbecue and his G9 gang have been growing in power in the slums of Cite-Soleil and Delmas 6, with President Moïse either unwilling or unable to act.

“Jimmy Cherizier, a former cop known as Barbecue who heads the so-called G9 federation of nine gangs, railed against police and opposition politicians…”

​A warrant against Barbecue for possessing illegal arms has never been served on him and he was never charged in connection with a massacre in La Saline in 2018 in which 59 men, women and children died.

Meanwhile in Venezuela, the Interior Minister Carmen Meléndez claimed at the weekend that a gang dominating the western barrios of Caracas has international financing.

She tweeted "At this point, there is no doubt about the direct complicity, financing and collaboration, with the planning, supply of arms, communication support, by sectors of the Venezuelan Right, with international complicity.”

In the last few days 26 people have been killed in gun violence as a gang led by a gangster called El Coqui took on the security forces of President Nicolás Maduro.

#Venezuela | El Coqui has long thumbed his nose at authorities. His men have raided police barracks, opened fire on officers, even set up shop in a former police club. And any attempts to curb his impunity have failed. https://t.co/m9g6EmHc1r

​El Coqui’s stronghold is the barrio of Cota 905, but he has also spread his tentacles to the neighbourhoods of El Valle, Cementerio, La Vega and San Juan.

The Venezuelan government said he had been "intimidating, wounding and murdering innocent people" and they launched an operation last week to “restore peace and tranquility” to the neighbourhoods El Coqui dominates.

According to the Insight Crime website El Coqui is 43 and is a former member of a street gang called Los Chiches who was charged with a murder in Cota 905 in 2013 but was never convicted.

[Tweet: "The Guardians of the Homeland continue to be deployed on Cota 905, protecting the community that lives in this sector and with it the five parishes of Caracas that have been affected by the action of organized criminal groups Unity, fight, battle and victory!"]

​El Coqui reportedly took over the gang after its boss was killed and he transformed it into a “megabanda” - a large alliance of gangs.

The Maduro government originally placed Cota 905 in a “peace zone” and ceded control of the area to El Coqui in return for a reduction in violence but this unofficial pact has been broken several times.

Insight Crime says: "Through strategic alliances with other gang leaders, Revete looks set to expand his criminal empire still further. Revete is also linked to illegal mining operations allegedly once controlled by Calderón in the states of Carabobo and Bolívar, suggesting that this Caracas megaband could even extend its influence to other parts of Venezuela."

Mrs Meléndez’s comments about El Coqui getting “international financing” could indicate that Maduro’s government suspects El Coqui is in cahoots with the US or with Venezuelan emigres in the US.