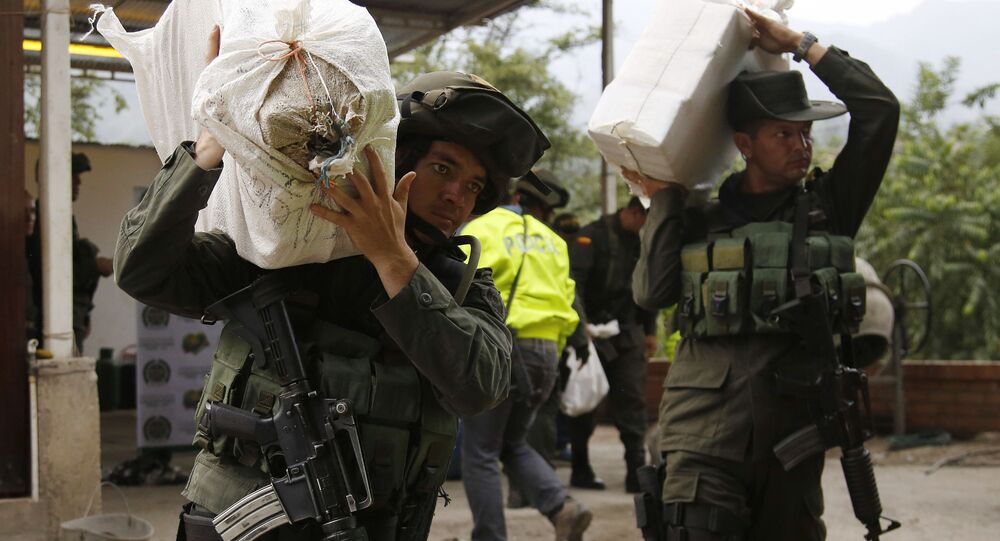 "We congratulate the Colombian Military Forces, supported by the Colombian Prosecutor's Office, for locating and destroying four structures used as laboratories for the processing of cocaine hydrochloride," the president said late on Friday.

© AFP 2021 / Raul Arboleda
'King of Cocaine' Pablo Escobar Believed He Would Be Colombia's President, His Widow Reveals
These laboratories, situated in the village of Cano Leon in the north of the country, belong to the Camilo Torres front of the left-wing armed group National Liberation Army, or ELN, the president added.

Although Colombia has spent decades fighting drug cartels, it remains, as the UN said in its 2021 report, the world's largest coca producer. Drug trafficking in Colombia has increased over the past 50 years as the government has been locked in conflict with multiple guerrilla organisations. ELN, for one, has been accused of links to the drugs trade.