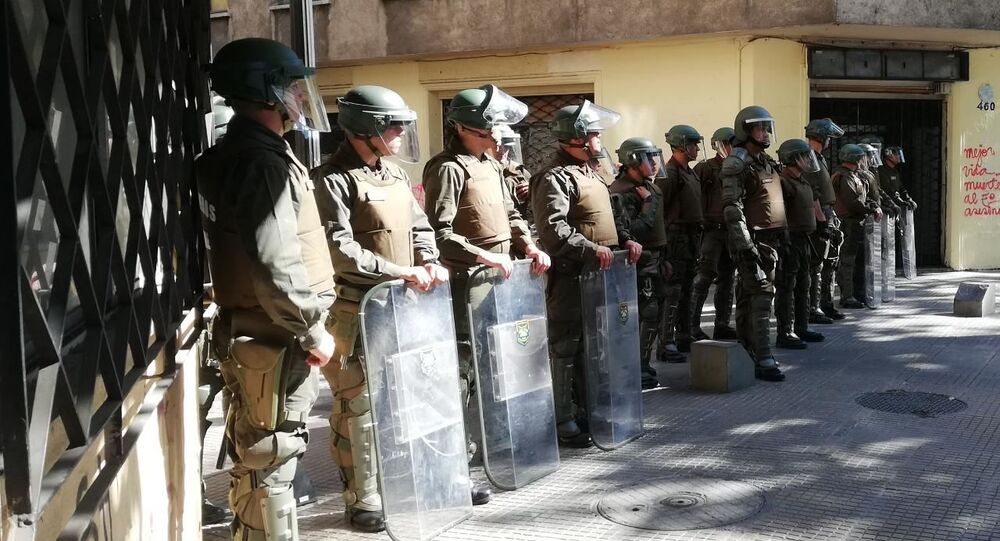 MOSCOW (Sputnik) - The son of a Chilean indigenous people's leader was shot dead in a confrontation with the police, the local group Mapuche Territorial Alliance (ATM) reported.

"We have just found out about the unfortunate fall of our brother Ernesto Llaitul, son of Hector Llaitul, in combat," the ATM said on its website late on Friday.

The confrontation, which involved the police and alleged intruders at a forestry company, took place in the Carahue commune, west of the regional capital Temuco, according to Radio BioBioChile.

Ernesto Llaitul was 26 years old. His father is often referred to as a spokesperson for the indigenous activist group Coordinadora Arauco Malleco.

A similar tragedy happened in 2018 when the grandson of a local indigenous leader, Camilo Catrillanca, was killed in a police operation, provoking nationwide protests.

In October last year, more than 78% Chileans voted for changing the country's constitution. This brought the political, economic, and social independence of the indigenous peoples of Chile into the spotlight as they are not acknowledged in the constitution adopted during the Augusto Pinochet dictatorship in 1980. In addition, indigenous people have been claiming for a long time that their territory has been illegally requisitioned by state-supported agriculture and forestry companies.