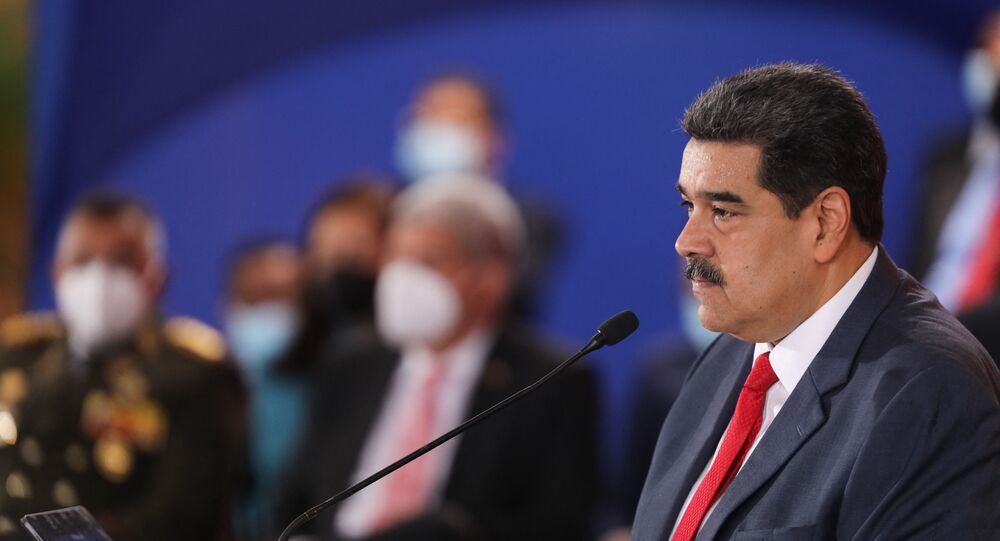 'Did Joe Biden Authorise The Plan?' Maduro Accuses US of Planning His Assassination

This is not the first time that Venezuelan President Nicolas Maduro has accused Washington of plotting to assassinate him. In 2019, similar accusations were leveled at former US President Donald Trump.

Venezuelan President Nicolas Maduro accused the CIA and the US military agencies of planning to assassinate him, particularly wondering whether sitting US President Joe Biden has something to do with it.

"Did Joe Biden ratify Donald Trump's orders to lead Venezuela into civil war and kill us? Yes or no? I ask," Maduro stated during a speech at a military ceremony on Friday. "What did they do? Our sources in Colombia assure us [...] that they have come to prepare a plan to attack my life and that of important political and military leaders [...] Did President Joe Biden authorize the plan to assassinate me and important political and military leaders in Venezuela? Yes or no?"

He suggested that it was the US Southern Command head Craig Faller and director of the CIA William Burns who came to Colombia and Brazil earlier to finish "preparations" for a "violent plan" to assassinate him.

The Venezuelan president did not offer any proof to back his claims.

In 2019, Maduro accused the former US president, Donald Trump, of urging neighboring Colombia to participate in a plot to kill him and overthrow the Venezuelan government.

“Donald Trump has without doubt given an order to kill me and has told the government of Colombia and the Colombian mafia to kill me,” Maduro said at the time.

At the time, Maduro still outlined he was open for talks with Washington, even though the United States did not recognize him as the Venezuelan president, instead favoring opposition leader Juan Guaido as an 'interim president'. According to Washington, the 2019 election in Venezuela which saw Maduro re-elected was rigged - something that the latter denies.

After the 2019 election in Venezuela, the US started to impose sanctions against Caracas. In Biden's presidential tenure, Maduro has called for relief of the sanctions - a request that the Biden administration has denied, with a State Department spokesperson insisting that the sanctions will remain in place as long as “repression and corrupt practices” continue in the country.