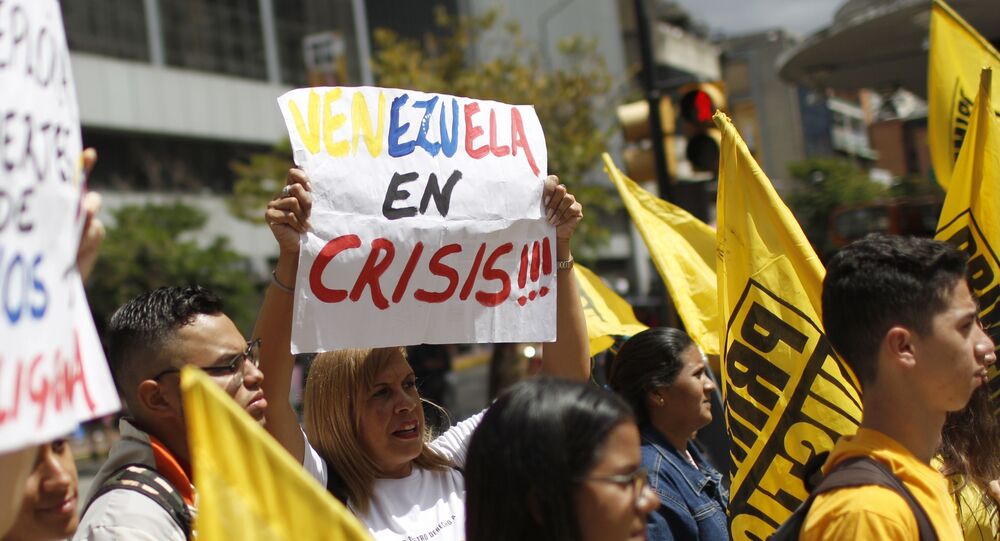 The Trump administration slapped Maduro's government with hefty economic sanctions in hopes of forcing the Venezuelan president out of office. The Biden administration, however, has not yet clarified its plans regarding Caracas and its leader.

Prominent Venezuelan opposition figure Henrique Capriles, who lost the hotly-contested 2013 presidential election to Maduro by a slim margin, stated in an interview with Bloomberg that now is a better time for negotiations between the opposition and the Venezuelan government than two years ago. He argues that now the sides have the chance to resolve an ongoing domestic political conflict that threatens the country's wellbeing.

Capriles said that, unlike two years ago, the US – the main source of sanctions against Venezuela – is now led by a different administration which does not consider the "maximum pressure campaign" as the only option to remove Maduro from power. He added that veiled threats of military intervention by the US was what primarily hurt the opposition's cause two years ago.

"I believe many things are different compared to a little over two years ago. Trump is not in power anymore. […] I believe that one of the things that harmed us tremendously was that phrase, 'All the options are on the table' [said by the US]", Capriles said.

The politician, a former governor for one of Venezuela's biggest states, Miranda, noted that there is now an understanding by Maduro's people that the ongoing political conflict is not good for them. Capriles believes that they realise now that resolving it is crucial for Venezuela's economic recovery and thus are more ready to engage in talks now.

Discrete Talks are a "Must" for Opposition and Caracas

Capriles said in the interview that the key to ending the ongoing political rivalry lies in changing attitudes toward the electoral victory in the country, so that a losing side does not feel like it has lost everything. He alleged that fears of such an outcome were among the issues that stopped Maduro's government from engaging in power-sharing or making deals with the opposition.

"We need the adversary to understand that leaving their position of power is not a death sentence and it doesn't mean they'll lose everything", Capriles observed.

He elaborated that talks between the government and the opposition must, at first, be discrete and non-public. He explained that keeping negotiations quiet for the time being will prevent the sides from getting lost in political rhetoric, and avoid discouraging Venezuelans from getting involved in politics. The politician assured that finding a peaceful solution to the political and economic crisis is the only way for Venezuela for resolving the deep woes it is facing right now.

"The only possibility that Venezuelans have to dismantle the [current] existential conflict, that is, if you win, you take all, if you lose, you are left with nothing, and try to find points of agreement. […] I think our duty is to leave our fantasies aside, leave rhetorics aside, and bet on that agreement", he said.

In the opposition politician's view, the solution lies in "re-institutionalising" the country and carrying out fair and transparent elections. Capriles stressed that if electoral institutions do not function, the country cannot be governed properly. Even if the opposition and the government come to an agreement, as Capriles hopes they will, the politician himself will not be able to take advantage of the fruits of his labors.

© AP Photo
Blinken: US, Allies to Pressure Caracas Until Venezuela 'Returns to Democracy'

In 2017, Capriles was barred from running for office by the Maduro regime for 15 years over allegations of "administrative irregularities" during the former's governorship of Miranda. The opposition figure remain confident, however, insisting that he is not "tired" or "yielding to pressure", and hints that he could run again in the future or find some way to take part in the political life of his country.

US Sentences Florida Man to 4.5 Years for Violating Venezuela Sanctions

After Food Imports Drop by 84%, Venezuela Denounces US Sanctions at UN FAO