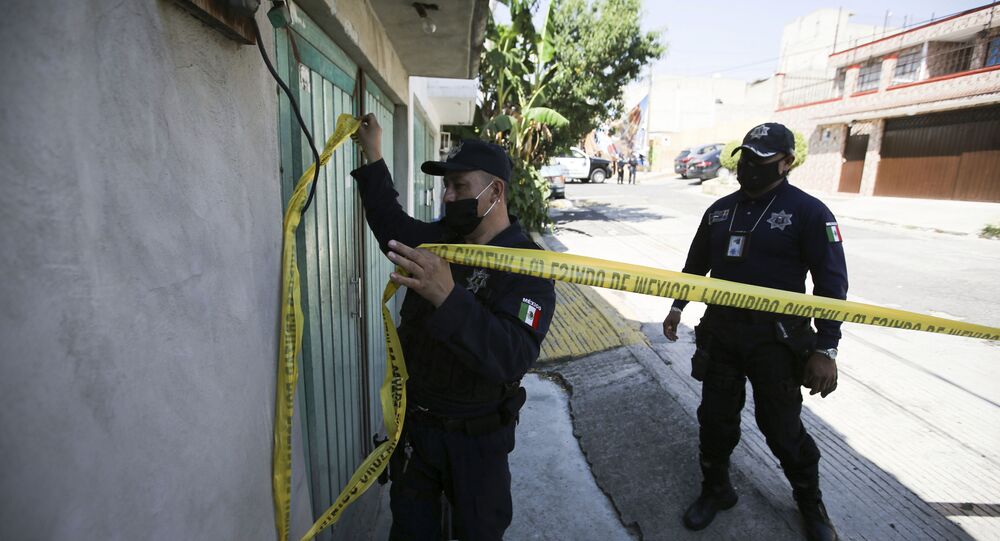 Suspected serial killer Andrés N. was taken into custody by law enforcement officials in Mexico in late May, after a search for a missing woman revealed that the individual had entered the suspect’s home and never left. A subsequent search of the house led to the discovery of the woman’s dismembered remains.

Authorities involved in the suspected serial killer case in Mexico’s Atizapán de Zaragoza municipality have revealed that their ongoing search has unearthed the remains of some 17 individuals, many of whom are suspected to be those of missing women.

Excavations have been ongoing at the Las Lomas de San Miguel home since May 17, days after the suspected killer was taken in custody and confessed to having killed multiple women over the years.

To date, officials uncovered approximately 3,787 bone fragments after having dug up the home’s concrete flooring. However, investigators have stated that new findings are likely to emerge as they are currently planning to extend their search to several additional rooms that the suspect rented out on the property.

Preliminary findings suggest that the discovered fragments are likely to have belonged to at least 17 individuals. Although initial reports revealed that the 72-year-old suspect admitted to having killed some 15 women, officials believe the figure could be much closer to 30 as investigators have found various items, including voter ID cards that belonged to missing women.

© AP Photo / Fernando Llano
A forensic investigator stands at the entrance of a house where police found bones under the floor in the Atizapan municipality of the State of Mexico, Thursday, May 20, 2021. Police have turned up bones and other evidence under the floor of the house where a man was arrested for allegedly stabbing a woman to death and hacking up her body.

At present, officials are carrying out additional tests on the bone fragments in order to identify the victims. The Attorney General’s Office for the State of Mexico has indicated that excavations would be indefinite.

News of the suspect’s arrest and alleged crimes came to a shock for many locals, who once saw the individual elected years ago to serve as a representative for the neighborhood. He had also previously worked as a butcher.

The alleged serial killer is currently standing trial for the death of 34-year-old Reyna González Amador, who had been reported missing by her husband, Bruno Ángel Portillo, after he failed to get in touch with her after she went shopping with the suspect. The trio had been known acquaintances for some time.

Local media outlet e-Consulta reported in late May that the husband eventually went to the suspect’s home to question him about his wife’s whereabouts, but ultimately discovered her dead after gaining entry into the home. Citing the attorney general’s office, Sputnik Mundo previously reported that human remains had been discovered on a table inside the home.

The suspect is said to be held in the Barrientos prison in Mexico’s Tlalnepantla de Baz city.

© AP Photo / Ginnette Riquelme
Cut outs representing unidentified women who were allegedly killed by serial killers, dubbed "The Monsters of Ecatepec," lie on the roadside during a vigil and protest against femicide, organized by the "Women from the Periphery for the Periphery Collective" in Ecatepec, Mexico, Sunday, Oct. 6, 2019. Only some of the monsters’ victims, including a 12-year-old girl who was their neighbor, have been identified. The rest remain nameless.

A similar case emerged in 2018 after a couple from the municipality of Ecatepec in Mexico City confessed to killing nearly two dozen women after they were discovered with a baby carriage that held human remains. The pair are currently serving life sentences for their crimes.

Details of the latest findings have placed the spotlight once again on the ever-increasing high rate of femicide within Mexico. Figures provided by Statista note that some 939 femicide cases were reported. For the month of January, some 67 cases were reported in Mexico.