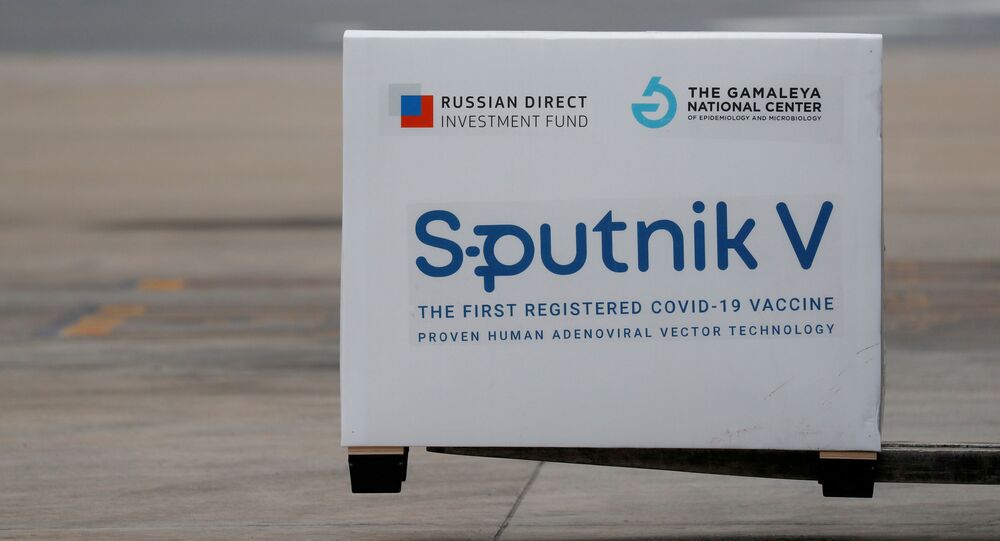 Sputnik V & IMF Talks: Argentina Has Good Odds of Getting Back on Prosperity Track, Scholar Says

Argentina is capable of becoming a vaccine distribution hub in South America and is also likely to substantially improve its post-COVID economic indicators, especially if it manages to strike a favourable agreement with the IMF over its massive debt, says Argentine geopolitical analyst and scholar Juan Martin Gonzalez Cabañas.

Argentina is set to receive active ingredients from Russia to kick off full-scale production of Sputnik V, or "Sputnik VIDA," locally, after Argentine President Alberto Fernandez and his Russian counterpart Vladimir Putin announced joint mass manufacturing of the jab on 4 June.

In April, the Argentine pharma company Laboratorios Richmond SACIF signalled that its existing plants are capable of producing up to five million doses of Sputnik V, both of the first and second shot, each month. In addition, the firm's new plant is already under construction in Pilar. It has the capacity to manufacture half a million complete doses weekly, according to the lab’s president Marcelo Figueiras.

Although no specific economic studies have been conducted on the future impact of local vaccine production in Argentina that can "quantify," size, or measure its effect, its significance can hardly be overestimated, says Juan Martin Gonzalez Cabañas, an Argentine political consultant and geopolitical analyst at international think tank Vision & Global Trends.

The production of Sputnik VIDA will not only improve the Argentine economic situation "in a very significant way – with the possibility of carrying out work-intensive economic activities with greater freedom," but it will also improve the general "social mood," which is no less important, according to Gonzalez Cabañas.

"In addition, surely as 'the vaccine surplus' will be reached in a moment, it's certain that Argentina will be a hub for distribution of vaccines in the Southern Cone, in its region, for countries such as Bolivia, Paraguay, Brazil, Uruguay, and Peru," says Gonzalez Cabañas. "This could be a major contribution to the overall economic recovery of the region."

Argentine Economy Minister Martin Guzman appears to be rather optimistic about the country's economic rebound even though Buenos Aires is still struggling to restructure its multi-billion debt.

Last year the Peronist government of Alberto Fernandez managed to restructure over $100 billion in private debt following the country's ninth sovereign default. Now it is in talks with the IMF over pushing back some $45 billion in payments.

Apparently, Argentina's biggest financial problem now is with the IMF, suggests Gonzalez Cabañas, adding that this issue could be solved with the support of Latin European countries – Portugal, Spain, France, and Italy. The scholar refers to the Argentine president's May trip to Europe, which included meetings with IMF Managing Director Kristalina Georgieva and Pope Francis. The tour ended quite positively, sending the country's bonds higher.

Russia may also play a role in the negotiations, according to the analyst. In April 2021, Economy Minister Guzman flew to Moscow to discuss IMF debt restructuring as well as joint vaccine production and deepening strategic ties. Although the debt issue was not the central topic of the summit, Russia’s support for the renegotiation of Argentina’s foreign debt was highlighted at some point during the visit, the scholar underscores.

In addition, Buenos Aires hopes for a 60-day extension for $2.4 billion payment to the Paris Club – a group of officials from major creditor countries – given that the deadline for it expired on 30 May.

"After that date, there are 60 days of grace, a period that, if not fulfilled, would mean a new sovereign default, next 1 July," notes Gonzalez Cabañas. "The extension of the Paris Club debt would help to some extent to avoid a default in July with the IMF, because it would allow for more financing to deal with such contingencies."

While the Argentine analyst believes that Buenos Aires will be able to settle its dispute with the IMF given positive signals from Kristalina Georgieva, he notes that a new default could have "a significant negative effect" on the public perception of the government. Since gaining independence from Spain in 1816, the country has defaulted on its debt nine times, with the last one occurring on 22 May 2020. Argentina's total debt burden is $323 billion.

In the worst case scenario, Argentina would drift further away from the traditional Western international financial system which in its turn is likely to accelerate the country's rapprochement with China and Russia, according to Gonzalez Cabañas.

"[However], in the event of obtaining better terms in agreement with the creditors of its foreign debt, and therefore with a 'healthy' economy available, a largely immunised population, and already being a manufacturing and distribution hub of vaccines against COVID, Argentina could become a valid interlocutor of the region with other global actors to map out a more stable post-pandemic international reconfiguration," the analyst concludes.