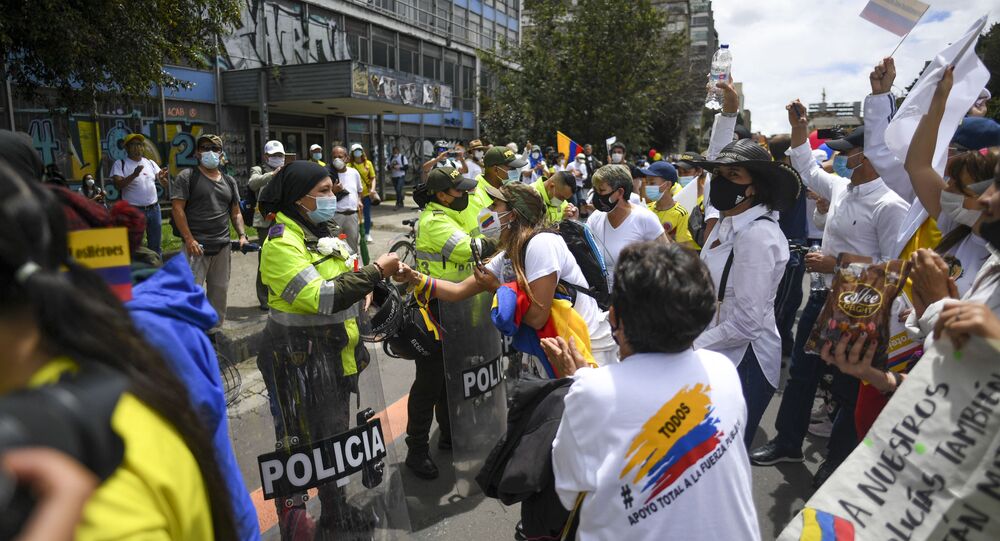 Dozens of people have been killed and hundreds injured in Colombia in the past few months during a wave of protests against a proposed, but now-withdrawn, tax reform.

Sputnik comes live from Bogota, Colombia, where demonstrators are taking to the streets to demand that the government take more active steps to eradicate poverty, inequalities in healthcare and education systems, and police violence.

Colombia has been overwhelmed by protests for the past few weeks after the government announced its plans to carry out tax reforms. A draft bill has since been withdrawn but public outrage has not diminished.

Similar demonstrations against President Ivan Duque’s administration have been taking place since the end of 2019 over corruption, unemployment, the rights of the indigenous population, and inequality.