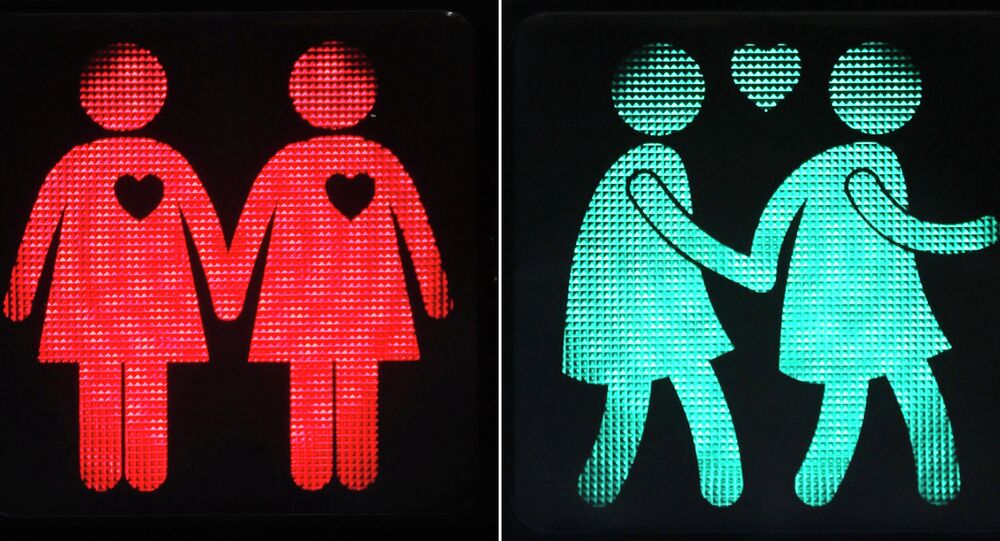 SANTIAGO (Sputnik) - The political coalition of Chilean President Sebastian Pinera was not aware of the announcement that the president would seek to facilitate a same-sex marriage bill, the leaders of the centre-right political coalition Chile Vamos said on Wednesday.

Pinera made his statement during a session of the National Congress on 1 June and published it on his Twitter account, thereby causing a storm of resentment among right-leaning forces.

"It was a big surprise to hear the president's announcement about the implementation of the equal marriage project because that measure was not discussed with the coalition… this is lack of governmental loyalty to us", Independent Democratic Union Senator Luz Ebensperger told Chilean television channel Canal 13.

National Renovation Deputy Leonidas Romero, for his part, said in a press conference that Pinera had betrayed the Christian world, mainly those evangelicals who supported him in the elections.

© AP Photo / Shizuo Kambayashi
Japanese Court Finds Failure to Recognise Same-Sex Marriage Unconstitutional, Reports Suggest
Senator Ivan Moreira of the Independent Democratic Union and one of the oldest leaders in the coalition Chile Vamos, said at the press conference that "the president has prioritised gay marriage to promote the agenda on the left, but does not make any relevant announcements for the middle class".

However, Francisco Undurraga, a representative of the party Political Evolution, the most liberal sector of Chile Vamos, affirmed that "the president took a step forward with this announcement, hopefully, it will be given a prompt discussion in the Senate".

The same-sex marriage project was presented to the National Congress by Michelle Bachelet (Chilean president from 2006-2010 and 2014-2018) in 2017 but has gone nowhere since. After Pinera's announcement, parliamentarians will be obliged to prioritise a discussion on the bill.