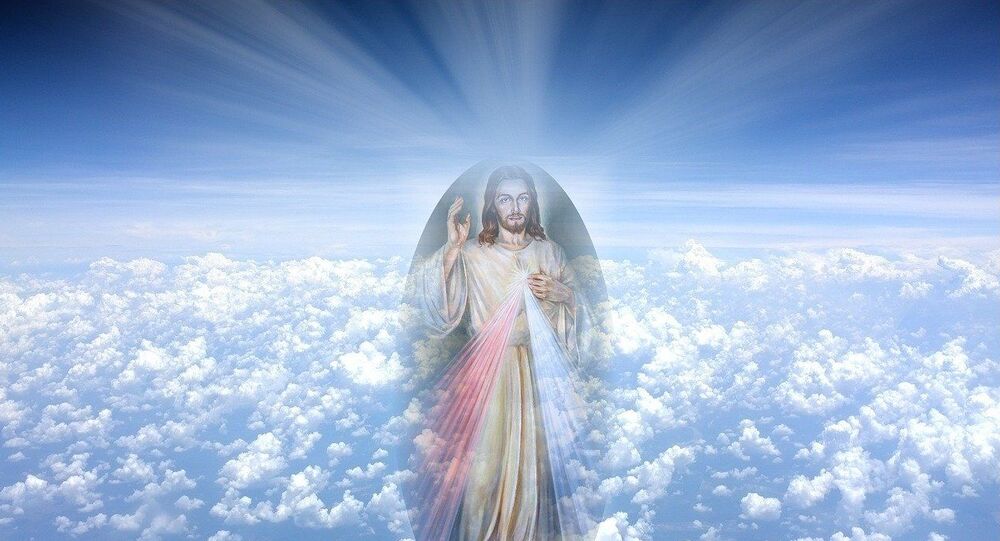 According to the plan, the statue would be 16 feet (almost 5 metres) taller than one of the most prominent Brazilian monuments - Rio de Janeiro's Christ the Redeemer.

The Brazilian city of Encantado, Rio Grande do Sul, has unveiled a project to construct one of the biggest monuments to the Saviour - a 121-foot-tall statue (around 37 metres) made of concrete placed on a 20-foot-high platform.

The idea to build the Cristo Protector monument emerged after the small town was visited by a prominent priest, Father Joao Granzotto.

"When Adroaldo Conzatti was running for mayor of Encantado, he met with Father Granzotto and discussed the project. In 2017 Conzatti took office, and the building of the statue was already part of his plan", Rafael Fontana, a member of the coordination group for the project (the Association of the Friends of Christ) told the Crux news website.

© AFP 2021 / CARL DE SOUZA
The sun rises in front of the Christ the Redeemer statue in Rio de Janeiro on March 24, 2021. - Christ the Redeemer is celebrating its 90th anniversary in October 2021 and is receiving restoration work to ensure that it looks its best for the public and visiting tourists.

He stressed that no public money is being used for the statue, noting that the property, which included the highest hill in the area, was donated by three local families. The association was created in 2019 to collect voluntary contributions.

According to him, the town will welcome at least 5,000 guests every week when the monument is completed. The plan suggests an internal elevator that will take visitors to an observatory, positioned at the level of Jesus' heart.

A new giant statue of Christ is currently being constructed in Encantado, Rio Grande do Sul, Brazil.

It's expected to rise higher than the Christ the Redeemer statue that overlooks Rio de Janeiro.

Sculptor Markus Moura, responsible for the monument, previously built giant statues of Christ and the Blessed Virgin Mary, as well as non-religious artworks, including a statue of football legend Pele. The artist, who is of Adventist origin, stressed that the statue means to unite Christians of different denominations across the country.

The statue won't be the largest Christ monument in the world, falling behind the 45-metre (148-foot) Jesus Buntu Burake monument. However, it will be contending for second place with the famous Christ the King Statue in Poland, which has a height of 33 metres (108 feet), but along with its mound reaches 52.5 metres (172 ft) - and also has a three-metre tall crown that provides Wi-Fi internet for the area.