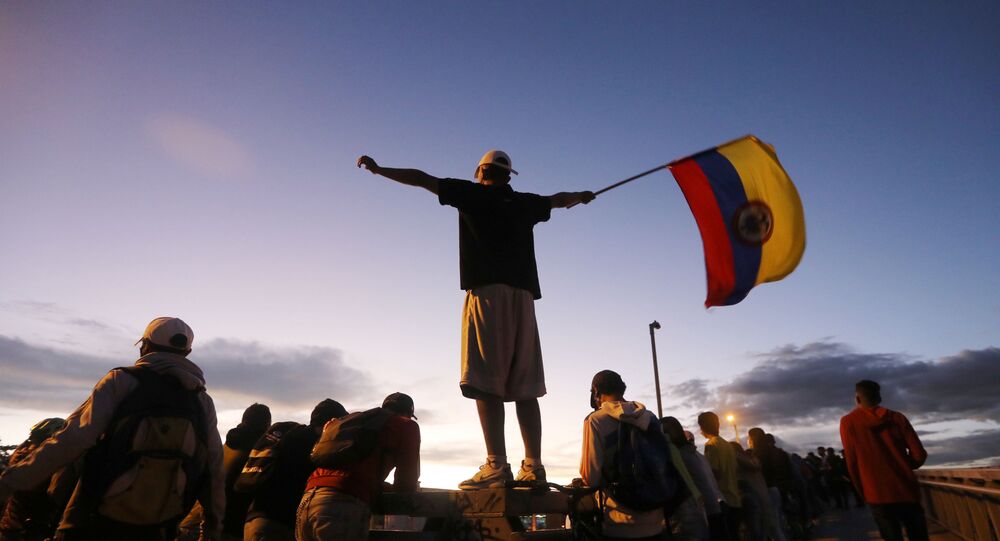 BOGOTA (Sputnik) – Colombian Defense Minister Diego Molano told Sputnik that the figures on the death toll from the ongoing protests provided by the human rights groups were not true.

According to Colombia's human rights organizations, about 50 people have died amid the protests, including one police officer, while nearly 600 have been injured. Hundreds have been detained. Demonstrators, as well as international institutions, have been drawing attention to the disproportionate use of force by the Colombian police.

"One of the main lessons of the social protests is that information is often used for defamation, disinformation and creating fake news ... Non-government organizations are a source of such information," the minister said.

Molano stressed that the General Prosecutor's Office was the only body that is empowered to provide such figures.

"The General Prosecutor's Office has clearly found out that the number of protests-linked murders stands at 15. Four of them are linked to the actions of police, the other 11 are being investigated now," the minister said.

According to Molano, police respects human rights during the protests.

"All the time, police have been tasked to act with the strict respect to human rights," the minister said.

He added that several months ago, the government launched a program aimed at bringing police officers' conduct in accordance with international human rights standards.